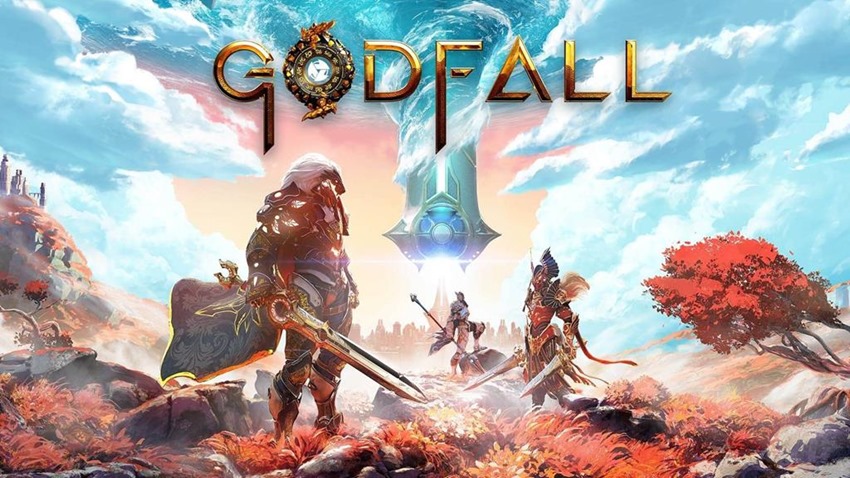 Oh right, Godfall is coming. One of the very first games announced for the PlayStation 5, Godfall is a loot ‘n shoot experience apart from the fact that your gun is sword-shaped and you have to jab it into an enemy at point-blank range multiple times if you want to take them down. Developed by Counterplay, Godfall showed off a deeper dive into its gameplay last night and just how you’ll be slash-looting your way towards becoming a combat deity. Which apparently makes ample use of haptic feedback to sell you on the path to godhood.

“Godfall takes advantage of the PlayStation 5 DualSense controller’s novel mechanics to produce a kinesthetic, tactile combat experience that’s as gratifying in your hands as it is on the screen. We accomplish this in several ways,” Counterplay Games CEO Keith Lee explained.

First, we take advantage of the DualSense controller’s haptic feedback to simulate a variety of surfaces and textures. Imagine walking along a marble floor — the way it feels different through your boots compared to walking over gravel, dirt, or a rain-slicked field. If you were sliding along a fiery molten floor, say in the heat of battle to dodge an enemy attack, you would sense the unique surface without needing to look at it.

It was important for us to reflect that difference in your hands. As you adventure through the elemental realms, you’ll be pitted against mobs of enemies in gilded halls with smooth marble flooring. You’ll also clash with fiends in the dirt. As your controller is your connection to the action, the physicality of the controller’s haptics must reflect the different spaces you’ll be fighting in.

The second is by using the DualSense controller’s adaptive triggers. A unique PlayStation 5 feature, adaptive triggers modulate resistance on the R2 and L2 inputs to give players a real, physical sense of what they’re doing on screen.

Godfall’s combat revolves around your ability to don Valorplates, armor sets with legendary history and unique characteristics, and mastering the five weapon classes within the game. Counterplay revealed two of them last night, the Dual Blades and the Longsword: 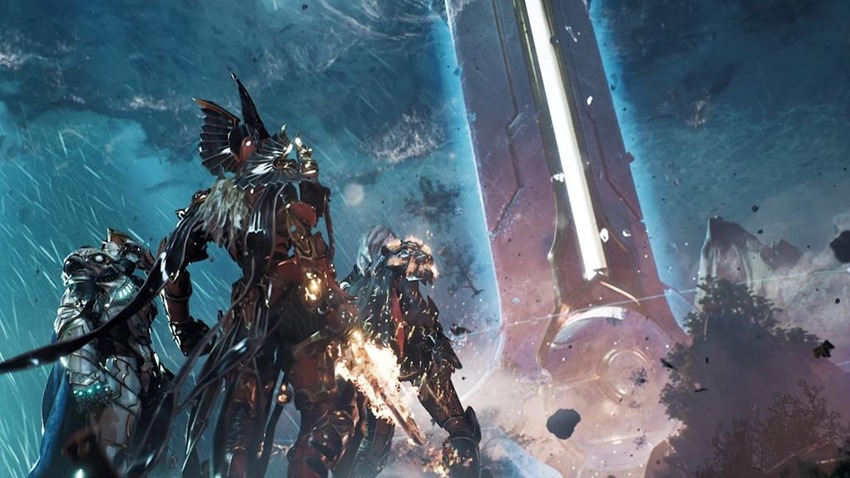 As the name suggests, are a pair of light, agile weapons excellent for making quick work of soft, vulnerable opponents. You can combo quick slashes with four consecutive light attacks or hit hard with a heavy Blade Cyclone. As you build up charge over time with the Dual Blades, you’re able to activate Inner Focus, a special ability that buffs attack damage for a brief duration. Another signature move? Mortal Coil, where you throw your blade into an enemy and yank them toward you, closing the distance. 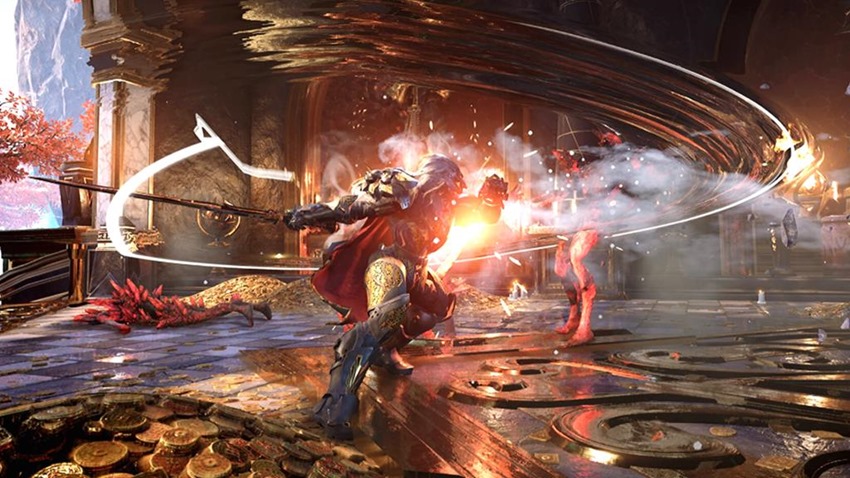 A balanced, versatile weapon for a wide variety of enemies. Not unlike the Dual Blades, the Longsword can also string together four light attacks, but stands out with a heavy Attack Finisher to put a devastating exclamation point at the end of the combo.

The Longsword has three signature moves. Spectral Flurry is a heavy damage dealer that can’t be interrupted by foes. Spiral Technique works best to take down a number of enemies lined up in a row. Shield Uppercut works only if your timing is just right: at the end of a Longsword swing, a flash of white signals your brief opportunity to land a violent blow.

You’ll also be able to make use of a shield to do some good ol’ parrying with and deliver some knockdown attacks in the process, eventually leading to you dropping a finisher on your foes. Godfall will be out later this year, and will have zero microtransactions according to Counterplay.