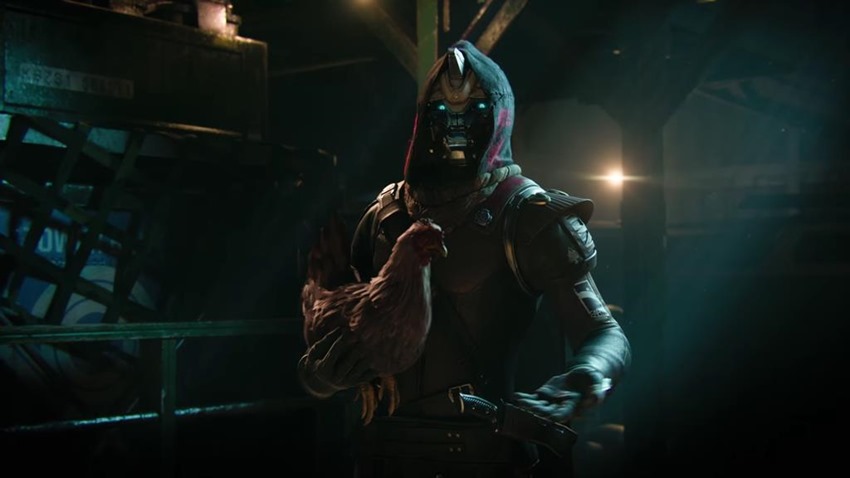 It’s official: Cayde-6 has left the Tower. This week’s massive Destiny 2 update may have added a lot more content and rejiggered , but what Destiny giveth it also taketh away…eth. Head on down to the Tower and you might notice that some familiar faces are still there. Banshee-44 caressing his guns? That’s a gravely-voiced yes. Zavalla handing out strikes? Indeed.

One face you won’t see loitering around the Tower though? Cayde-6, as the Hunter Vanguard has left Earth and headed on down to the Reef to lend a hand and several hundred bullets. At least he was nice enough to write a letter before he left: 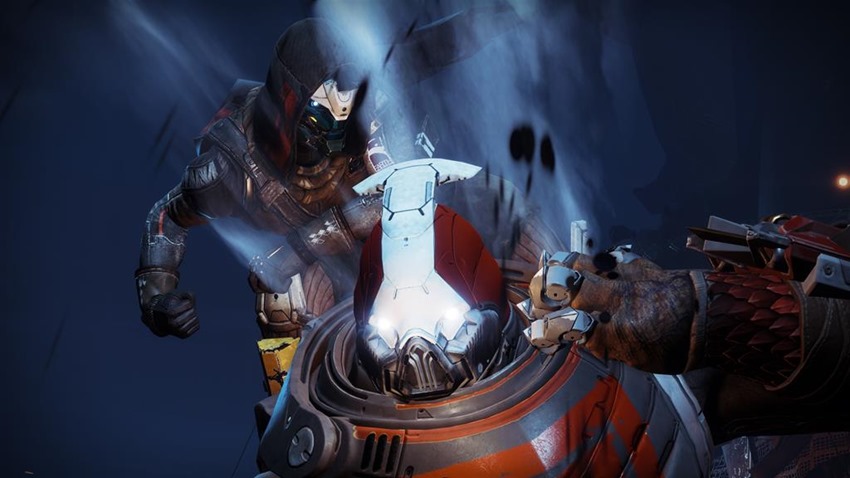 If you’re reading this, shame on you. You didn’t notice me slip out the back door. Step up your game, my buddies.

Here’s the play. I’m going back to the Reef. Not just for a mission or two—I’ll be staying there for a few days to help out our old pal Petra Venj with a few things. Nothing too serious, just picking up some patrol slack.

As always, you know the conditions of my Dare, bla bla bla. If I need any backup, I’ll hit up my favorite Guardian. Enough said.

Zavala, have you figured out your tell yet? I’d let you know, but Sundance says you gotta figure it out on your own. You know what a tough little Ghost she is. How about this: play a few rounds with Banshee while I’m gone. I’ll betcha a gold engram he’ll figure out your tell in three hands. If you drop more than four Ks of Glimmer he might just take pity on you and tell you what it is.

Ikora, I left my Sparrow with Holliday, and I’m afraid she’s gonna replace my Tharsis thrusters with some of that fancy new crap the wingheads are into these days. Could you mosey on by, make sure she doesn’t get too enthusiastic? I’ll owe you one. Another one.

There’s more to the story of course, as Cayde’s arrival in The Reef was followed up with two more cryptic messages: 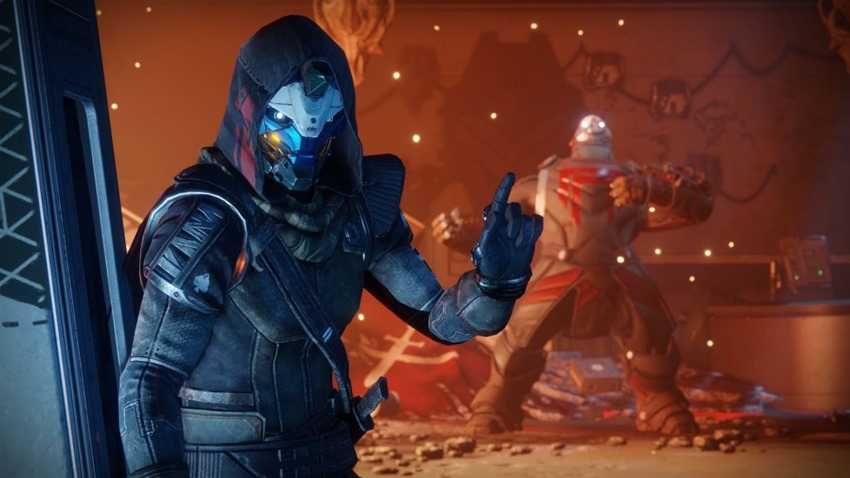 You miss me already, huh? If you’re looking for another excuse to shirk your Vanguard duties I’ll play along.

By the way, thought you’d be interested in this report from Paladin Oran: 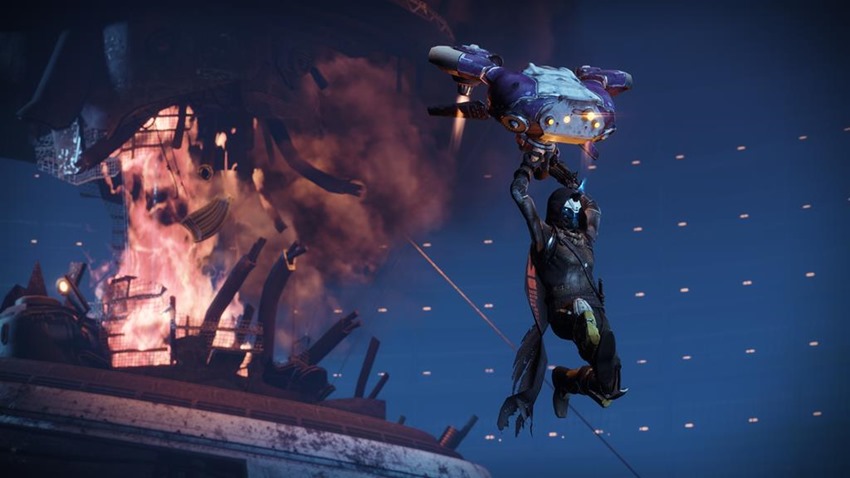 This is a quality assurance follow-up about your recent experience with Cayde’s Six. How thoroughly did Cayde and his six compadres capture those Barons? Please select all that apply:

>Perfectly in every way

>Songs are already being composed about your triumphs

>So thoroughly that I’m finally ready to admit that I’m in love with you, you dashing metal man

But seriously, PV, you got more problems than eight Barons right now. And Mansanas’ latest says a Red Legion splinter group got into their heads that the Reef’d make a good summer home.

Here’s an idea—I could come back out to the Reef, do a few patrols. Free you up to focus on your birdwatching.

You know I’d love the excuse to leave the Tower again. Just hit me up. 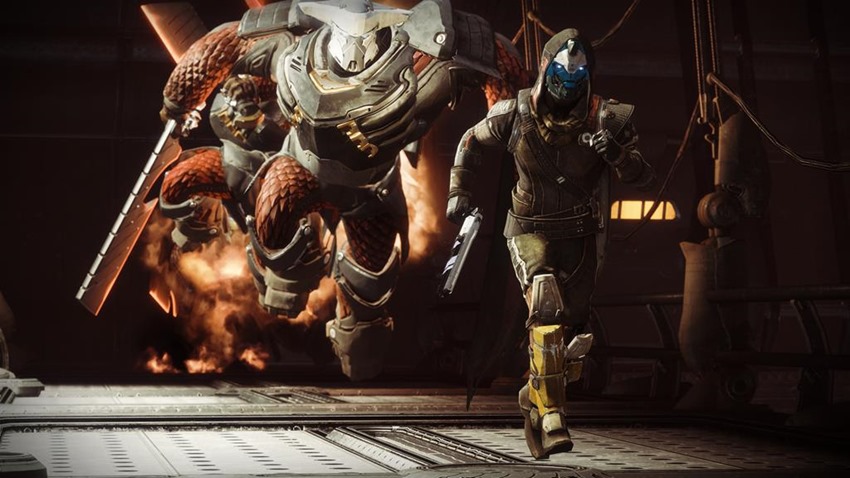 Fun fact: If you take the first letter of each sentence in the SOS, it spells out “FIKRUL ALIVE DISTRESS CALL FROM ILLYN”. Fikrul is one of the new Baron bosses that players will have to tackle in Forsaken, while Illyn still served the Awoken queen Mara Sov, shortly before her disappearance following the start of the Taken War when Oryx obliterated the Awoken fleet in one massive attack.

I know Cayde’s death has been telegraphed more than the run-up to a punchline in Mrs Brown’s Boys (Now I need to go wash myself), but it’s still hard-hitting stuff. Cayde’s absence will be felt in the months to come, as more often than not he was the sarcastic voice of reason in a universe that made no sense.

A front row seat to Cayde’s death awaits you on September 4 when Destiny 2: Forsaken launches on PC, PS4 and Xbox One. So long Cayde-6, I may have been your favourite Guardian, but you were always my favourite character in all of Destiny.