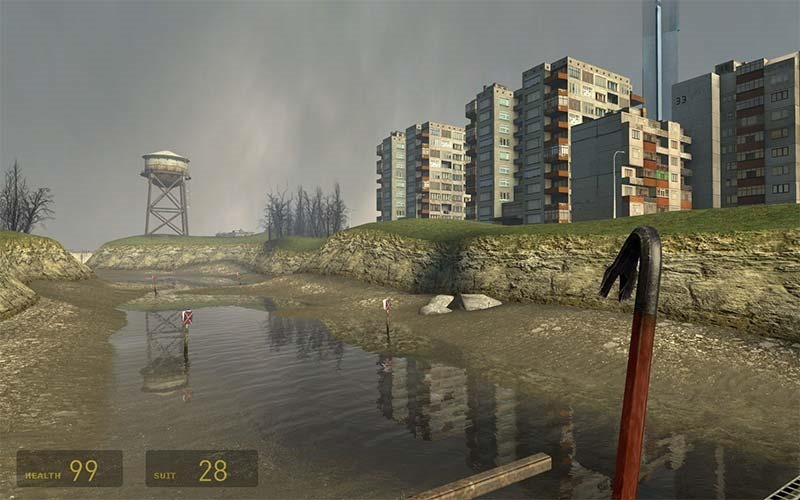 The second tale chronicling the life of silent, crowbar-wielding protagonist Gordon Freeman is still largely considered one of the finest games ever made. Hailing from a time when Valve used to make games instead of just wads of cash, Half-Life 2 is the game that launched Steam as a platform, and set Valve down its path to world domination. It’s also getting a brand new, community-made but Valve-approved update today, bringing modern graphical improvements and more to the seminal shooter.

The community-made mod updates the game’s graphics, adding the sorts of visual enhancements demanding modern gamers expect from their 10-year-old games. Here’s what it adds, fixes, and changes.

Of course, countless Half-Life 2 mods have existed for years, adding extra layers of graphical sheen to the game, but just about every single one of them has changed the look and feel of the game, which this one doesn’t. It’s the first to be given Valve’s blessing, and even has NVidia, Origin PC and EVGA on board as sponsors. Here’s a brief comparison video, showing how the changes make the game look…marginally better.

Half-Life 2: Update is available free to anyone who owns Half-Life 2 on Steam, which should be just about everybody who has Steam. It goes live later today, and you can grab it here once it’s gone live.

It doesn’t really change all that much, but it’ll be worth it for the commentary I reckon. It’s free though, so it’s worth grabbing, and is infinitely better than paying full retail price for a remastered version of a game you played just last year.