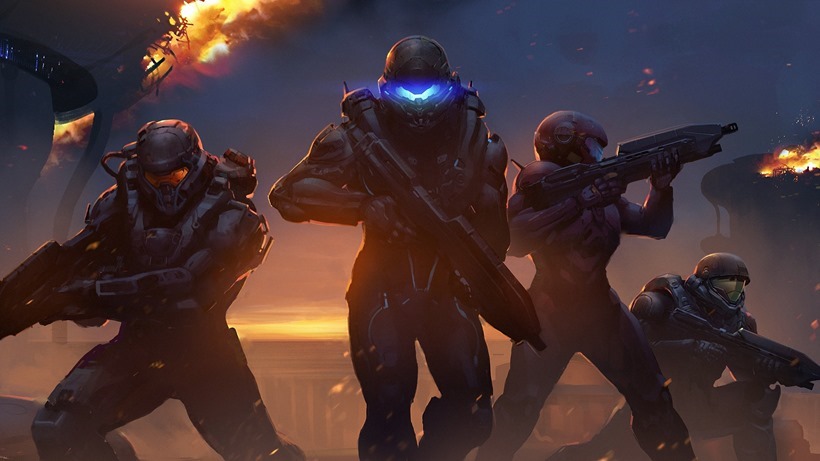 Even though Halo has the following of a fringe cult down here in SA, I’ve always dug the games. To me, they’ve always been the perfect bridge between the old and new first-person shooter games that are on the market.

They’ve also been bloody massive games, with huge environments straight from the first game. And those stages are getting even bigger, thanks to Halo 5 Guardians being designed as the kind of game that supports fireteams more than lone wolf soldiers.

It’s one of the new key features of Halo 5 Guardians, as the game will allow for a more expansive four-player co-operative campaign.

“The scale of campaign experience that we are delivering with Halo 5: Guardians is far beyond any previous Halo game,” studio head John Holmes explained in a Halo Waypoint post.

With co-operative play as a focus, it has meant creating larger spaces with multiple vertical levels and intersecting pathways. Teammates are encouraged to spread out and explore, seeking advantageous positions from which to support one another.

We can have dozens and dozens of active antagonists, all systemically-driven and reacting in real-time to the world around them. This is where the sandbox nature of Halo really shines.

Bigger environments also mean bigger numbers of enemies. Prepare for war, as Holmes explained how the hostile count had been upped:

Because players have more freedom in splitting up and exploring the environment, we can have dozens and dozens of active antagonists, all systemically-driven and reacting in real-time to the world around them. This is where the sandbox nature of Halo really shines.

Enemy AI will also react differently to you and your team, as Holmes explained that anatagonists would need to be cleverer and more durable in order to handle a four-man team of teabaggers. I’m thinking that shouting verbal insults about maternal genitalia won’t have much luck here as well.

According to Holmes, the AI will be able to revive downed squad members and be able to work together. “These changes have challenged a conventional approach to balancing Halo combat,” Holmes explained.

They have required us to revisit the tuning on every enemy, vehicle and weapon in the game, testing across all difficulties and player counts. Enemies are faster, more responsive and generally more lethal. Many have been given new behaviors to make them more effective in dealing with a team of Spartans.

Halo 5: Guardians hits Xbox One on October 27, for all the tens of locals who are into that franchise.