MrXBob has taken the time to show off the Halo Spartan armor unlocked in Fable 2 with the Collectors Edition. Good to see that the armor fits the style and time of the game itself but on the other hand you have to wonder if it really looks the part? 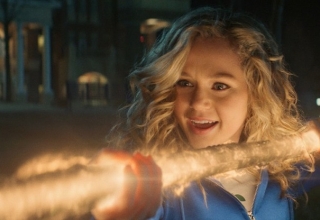 Stargirl is one of those more obscure characters who has only appeared on-screen briefly in Smallville and more recently in Legends of Tomorrow, from where she's now branching out to get a series of her own. The series will follow the high school student Courtney Whitmore (played by Brec Bassinger) as she discovers the Cosmic Staff that transforms her into Stargirl.