Home Gaming Has South Africa been denied Titanfall? Yes. Yes it has. 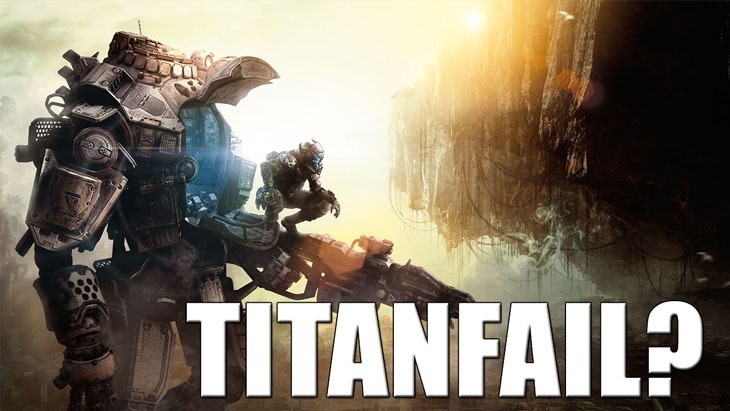 Here’s some worrying news for those excited for EA’s biggest game this year. Apparently, Titanfall has been cancelled in South Africa. That, according to Mweb Gamezone, seems to be the case for digital copies of the game purchased via EA’s Origin digital distributions service.

One of their readers alerted them to their Origin Pre-order being cancelled – with the report stating that the order was binned because network tests in South Africa showed the game to perform sub-optimally. 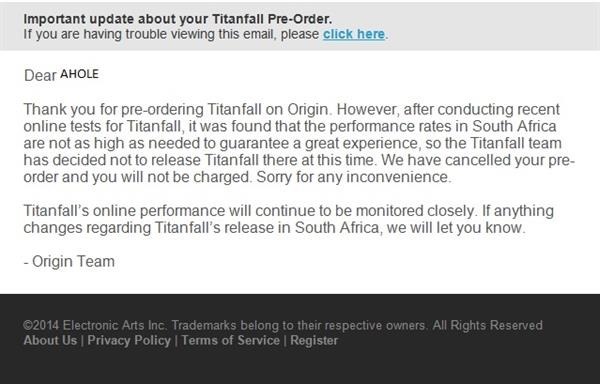 In our own tests of the beta, the game suffered with pretty bad latency, but was still more than playable, which makes this decision pretty baffling. If true, there’s going to be a small riot, especially since it’s easily the most hyped game this year.

After conducting recent online tests for Titanfall, we found that the performance rates in South Africa were not as high as we need to guarantee a great experience, so we have decided not to release Titanfall in South Africa at this time.