So after writing that Blu-Ray is easily going to win this war it seems that this may not be the case.

[Update] It seems that the source of this article is a pro HD-DVD camp so take everything from here on with a pinch of salt.

After the huge lift that the PS3 gave to the Blu-Ray camp initially it seems that HD-DVD is making a very strong come back. According to Campaignhd.com HD-DVD has always been the enthusiast’s favourite and that the quality of HD-DVD is actually superior to Blu-Ray.

He goes on to mention that even though Blu-Ray has all the studios that is no indication that it will win as the studios will willingly drop Blu-Ray as HD-DVD becomes the more common format. Check through the link for the entire long story with all the details and some pretty charts…

Oh why is this on my gaming site? Because if HD-DVD wins then the PS3 is going to be stuck with a very very expensive white elephant and the HD-DVD Attachment for the Xbox 360 is going to look very appealing …

I don’t see either side giving in anytime soon though.

Rumour: Crash Bandicoot on of February’s PlayStation Plus games 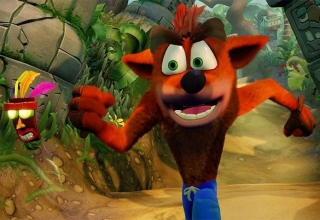