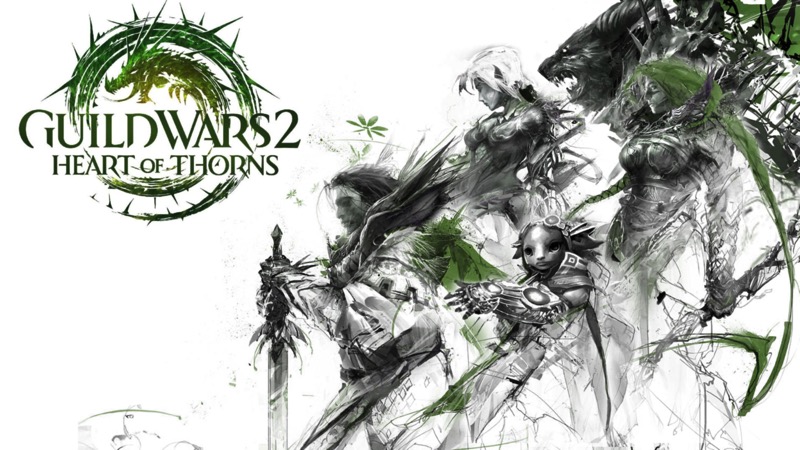 When heart of Thorns appeared on the internet last week, Guild Wars 2 developers ArenaNet simply told fans to wait until PAX for an official announcement. That panel has come and gone, and Heart of Thorns has been properly revealed as the first expansion to one of the best MMOs around. And it’s bringing with it some genre defining changes.

Unlike traditional expansions, Heart of Thorns won’t be raising the games level cap. ArenaNet don’t want players to continue leveling upwards, but rather expand sidewards. Capped players will have new training opportunities open to them, which will expand their repeater of abilities rather than increasing a number.

“The Mastery system adds meaningful progression without invalidating your hard-earned levels and gear.”

Heart of Thorns also introduces a brand new class specialization. The Revenant is exactly what the name implies. A bit of a brute that is able to take damage while also throwing out some elemental mist magic. New specialization will also be made available for existing characters, which will unlock new weapons, traits, skills and unique mechanics.

On the physical content side of things, a brand new area will be added to the already enormous map. Maguuma Jungle will come packed with traditional Guild Wars 2 content, including quests, events, lore and bosses. There’s also a new Stronghold mode for PVP, which has players attacking and defending key strongholds. ArenaNet has promised to work in the new mode with Guilds as well, in case you were worried.

You can also hand glide around the map now, which is both confusing at intriguing for Guild Wars in particular.

Heart of Thorns definitely sounds like a featured filled expansion that is far meatier than the games regular content updates. I stopped playing a while ago but I may just have to get back into the swing of things again before launch, which doesn’t have a concrete date just yet.