Home Gaming Hearthstone is to Magic the Gathering as WoW was to Everquest? 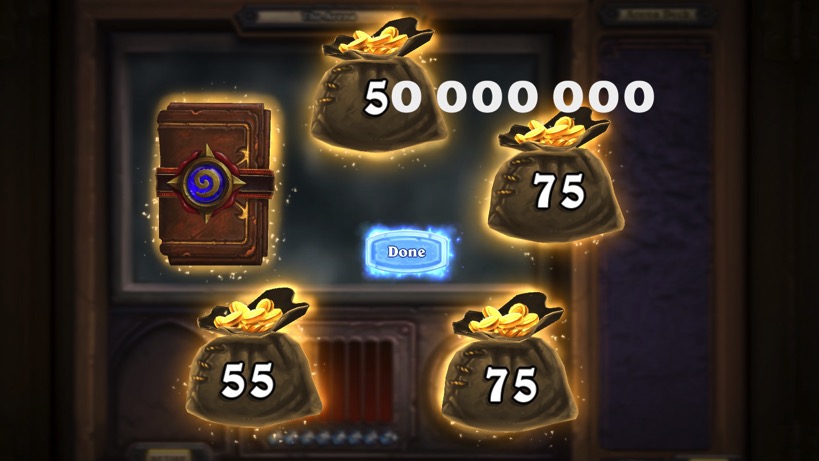 Collectible card games have been around for a long, long time. I never got into Magic the Gathering, but it was ridiculously popular. Hearthstone has seemingly tapped into that market and made it highly profitable, prompting the sudden surge in digital card games. Blizzard has done this in a genre before, and they know how to stay on top for years, especially when they’re taking in this kind of money.

SuperData has crunched the numbers and come up with an interesting data. Digital card games on mobile, PC and tablet are on track to earn $1.3 billion this year. That’s not too shabby considering the genre hardly existed a couple years back. Of course, the biggest player is Activision Blizzard’s Hearthstone:

With 20 million monthly active users across PC and mobile, Hearthstone: Heroes of Warcraft is doing for digital collectible card games what World of Warcraft did for massively-multiplayer online games a few years ago. The game is currently leading both the market and the charge for a new generation of cross-platform card-based games. Leveraging the rise of large-screen smartphones and “phablets”, the complexity and accessibility of the overall collectible card game genre is well positioned to reach a wide audience and perform well financially.

Incumbent Wizards of the Coast, known for its Magic: the Gathering, has been much slower to adopt to this new market. But the company cannot be counted out just yet: most recently it released its first smartphone-based game titled Magic Duels: Origins. The question is, of course, whether consumers care, and whether Magic: the Gathering will suffer the same fate as Everquest.

The deeper stats explain that PC players are more loyal and spend 11% more, and that almost half of the gamers in this genre play on multiple platforms. Most interestingly, though, Hearthstone brings in about $20 million a month. Not bad for a free to play game that appeals primarily to a more hardcore audience than games like Candy Crush or Fallout Shelter.

Magic the Gathering used to be the collectible card game, unless you played one of those Pokemon or YuGiOh games. Now, it is fading in to niche obscurity as Hearthstone comes to the fore. Will we see things change in the coming year, or has the WoW effect already taken hold?