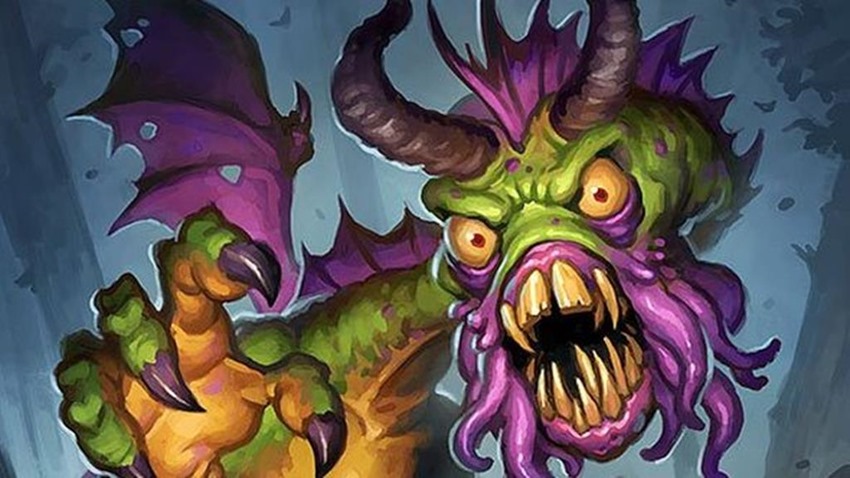 NEW HEARTHSTONE EXPANSION, WHO DIS? Blizzard’s stupidly-popular (and free!) card game is back with a bang this month, thanks to a swampy new expansion in the form of The Witchwood. New cards, new strategies and you can bet your favourite deck that players have managed to uncover a one-turn killer combo in the expansion already.

You can thank the new Shaman legendary Shudderwock for that new match-deciding strategy. as the fella’s Battlecry ability is a key factor in this strategy. Here’s how it works according to PC Gamer:

Players will need to build a pool of specific Battlecries which the Shudderwock has the ability of repeating thanks to its effect.

Okay, here’s where things get tricky. From this point on, the strategy is as follows:

Crazy, right? I don’t even understand half the words I’ve written, which read like a recipe for a new chocolate at Willy Wonka’s factory of candy and child endangerment. It’s as complex a combo as can be, requiring a precise selection of cards, the luck of the draw and a keen eye to actually play it. Something I love seeing done in Hearthstone, a game which regularly breaks itself with each new combo introduced.

Don’t expect this combo to last for long however, as Blizzard usually nips these overkill decks in the bud whenever they’re discovered.