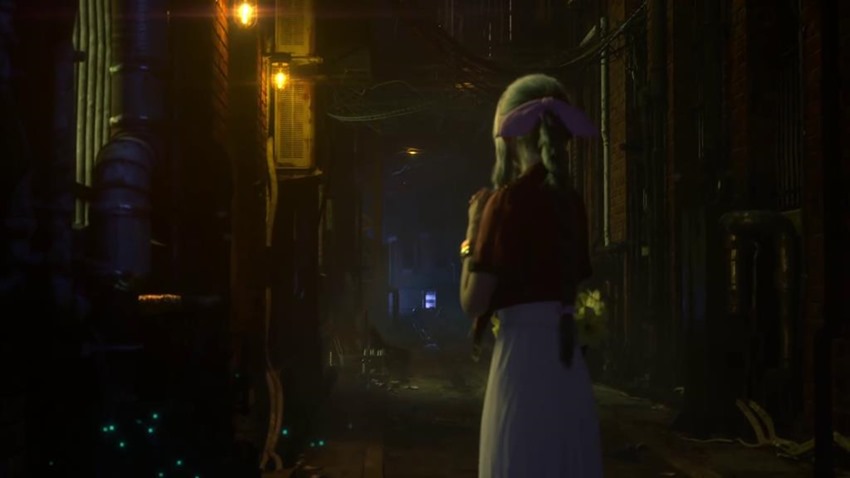 You never forget your first time stepping into Midgar. Whereas previous Final Fantasy games had utilised medieval and steampunk lands within which to tell their stories, Final Fantasy 7 was a massive departure from the atmospheric status quo set by its predecessors. Here was the city of Midgar, all wrapped in shiny technology and the promise of a cleaner tomorrow while hiding a dark secret.

A city ruled by a conglomeration which was literally bleeding the planet dry all in the pursuit of the almighty Gil. Midgar is a character in and of itself, just as important as Cloud Strife or series bad boy Sephiroth in the grand scheme of things. While it didn’t get that much attention in the original Final Fantasy 7, next month’s remake is spending the entirety of its chapter within the confines of that bustling metropolis.

So how did Square Enix recreate the iconic city? By going back to the source material and 2005’s fantastic spin-off film, Advent Children. “We did refer to Advent Children and other previous series’ work when rebuilding Midgar,” explained co-director Naoki Hamaguchi to the PS Blog. 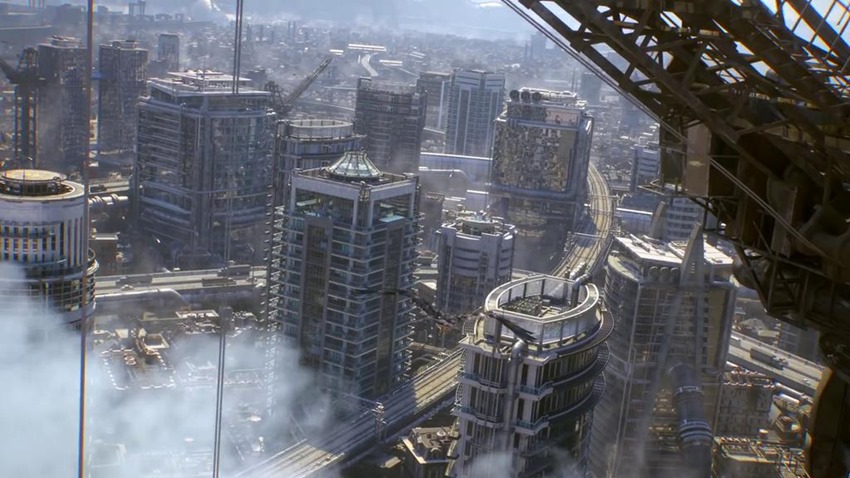 But one of the main things we actually set out to redo was the scale of the city itself. The original wasn’t that realistic if you consider the size of the individual buildings and how big they were in comparison to the overall city. It was quite condensed; we really set out to make Midgar realistic. The size between the buildings, the density… that’s one of the big things we set out to change.

Architectural redesigns can only go so far though, and it was up to the Final Fantasy 7 Remake team to also find a way to make Midgar feel real once again. A task that required a hell of a lot of computing power. “We’ve used new tech to enhance the game’s lighting, to make the city of Midgar feel as real as possible, Hamaguchi said.

A network of over 100 synced PCs do copious physics simulations, calculations to work out the exact realistic reflection and how the lighting beams will bounce off any object in the game. Through doing that we managed to create amazing atmospheric lighting for the city.

One more puzzle piece had to be slotted into the redesign of Midgar: Creating a population that could breathe life into the city and help it feel alive with the hustle and bustle of everyday life. “We really wanted to show the everyday lives of Midgar’s citizens. [Partly] to show how they lived in this massive city powered by Mako energy, how and when they’d be using it, to tell that aspect of the story,” producer Yoshinori Kitase explained. 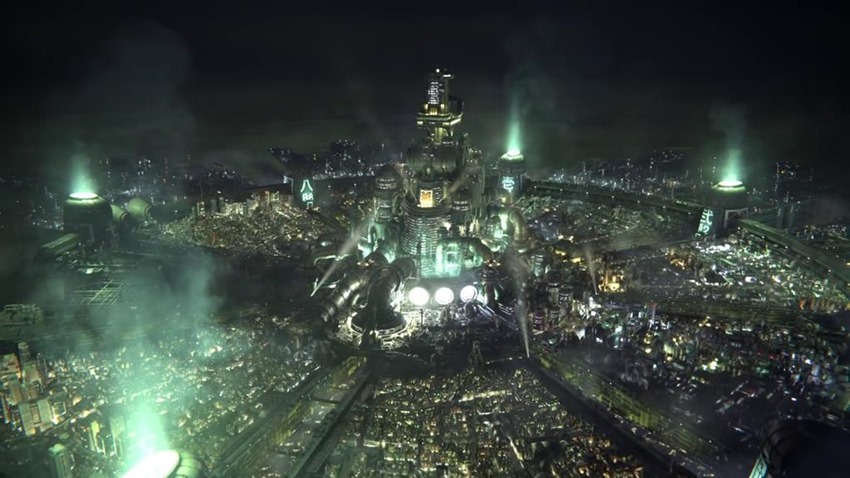 The original version went straight into the bombing mission. We wanted that feeling that things were already underway, you were in the middle of the action. Yet if you immediately went from there into the panic caused by the bombing mission afterwards, you wouldn’t understand the impact it had on the inhabitants’ everyday lives before that event interrupted them. That’s why we started with this domestic kind of scene.

And that’s how Midgar was reborn. You’ll get a chance to see it yourself, when Final Fantasy 7 Remake starts a tour of the iconic city next month.