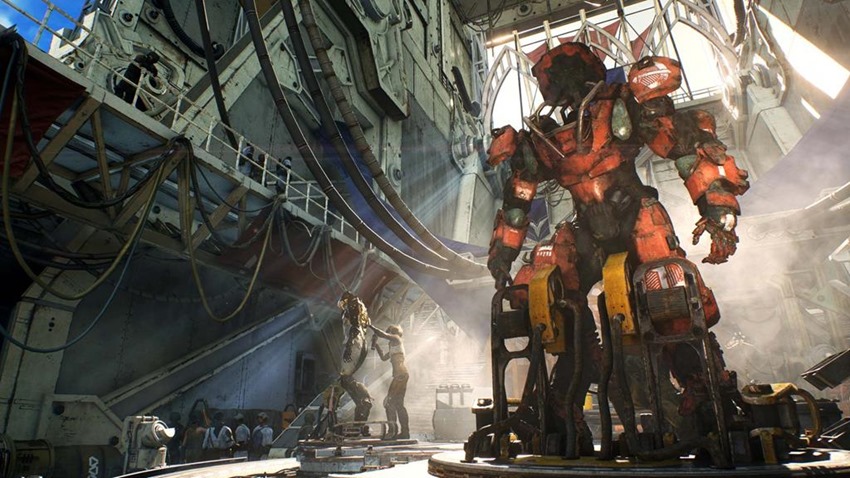 The Traveller’s light may be great and all that, but have you ever pondered if having a handcrafted suit of top-tier technology that is custom-fitted to your frame is better than being able to summon a golden gun using sheer force of will? That’s a question that I can’t wait to see answered in Anthem, Bioware and EA’s potential Destiny slayer as humanity’s future lies not within the ability to harness esoteric forms of power but rather to rely on our innate talent for destruction.

In Anthem, you’ll have a quartet of mechanical suits to choose from, the Javelins with which you can survive out in the wild and use to perform neat tricks with. Like superhero three-point landings, which are really bad for the knees. What makes each Javelin special though? Players will be able to have different Javelins available to them during the course of Anthem, but some suits have certain pros and cons when compared to others. 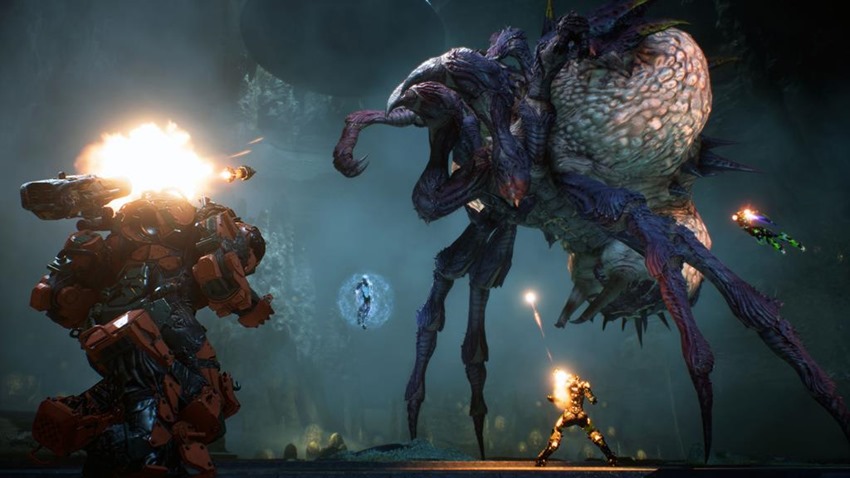 The Colossus is great. You can outfit it to play a tanky role. Instead of a dodge, the Colossus brings up a heavy shield, which we’ll see later on, that can absorb a lot of damage. But you don’t have to just be a bullet sponge for your team if you’re playing the Colossus. This Colossus has a legendary mortar equipped, so he’s got a lot of long-distance attacks on this, he’s got a railgun on his right arm.

So there’s a lot of options for how you play any specific chassis. And it really is up to how you like to play, and what your playstyle is. 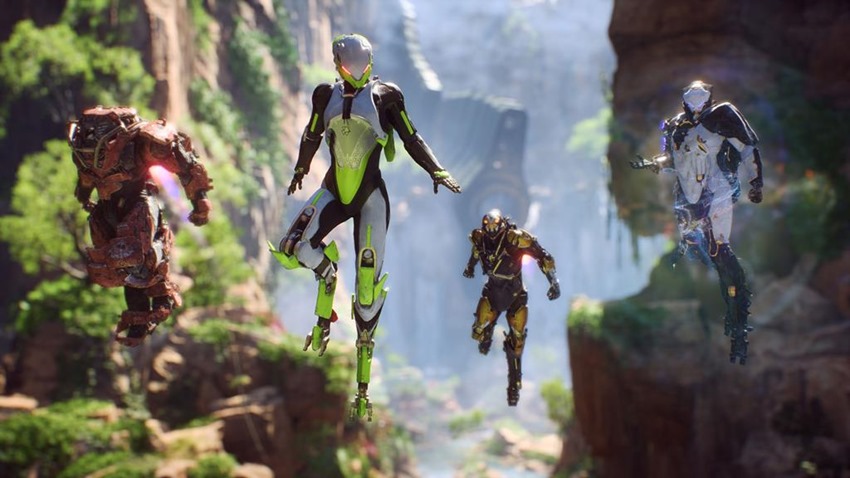 The trick with the Storm is, the elemental attacks are great. They apply status effects which set up great combos for the rest of your team. You don’t have a lot of armor though, it’s a really slim suit. So you’re quite vulnerable. When you’re up in the air, you get a damage mitigating shield. When you’re down on the ground, no shield.

So it becomes tricky, it’s a neat skill balance and a lot of fun to play. It’s my favourite Javelin. 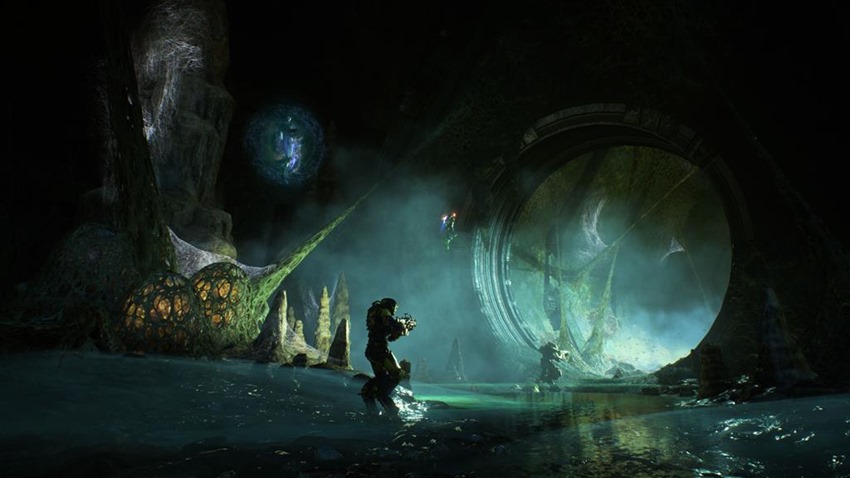 The everyman’s Javelin, that’s a good way of putting it. When you’re going into something new and you don’t know what you’re getting yourself into, you might want to be equipping your Ranger. Because it has a nice balance, its got some agility, its got some good firepower, its got an interesting melee strike. It’s a good all-rounder. 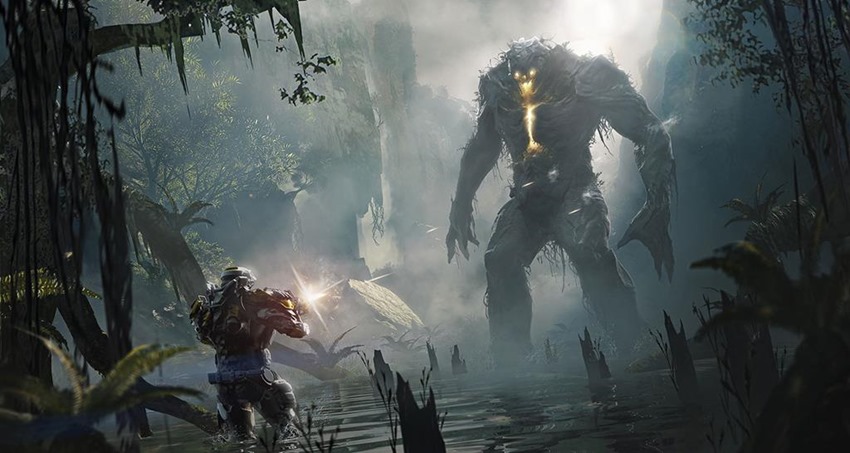 I can tell you a little about that, that might even be a first. We’re gonna talk about the Interceptor at great length later on. But in general the Interceptor is really about agility and interesting gadgets, and having an Interceptor in your crew really gives you a lot of relief as far as mob control goes, and can provide a lot of interesting balance to the squad.

Tell you what, I’m going to try my hand at the Storm Javelin when Anthem is out. More fragile perhaps, but trust me on this: When the going gets tough, you’re going to want a glass cannon in your arsenal. Just remember to avenge me when my kamikaze attack leaves me broken and hobbled. AVENGE ME!

Anthem arrives on February 22 for PC, PS4 and Xbox One. Anthem by Blink 182, is available right now.