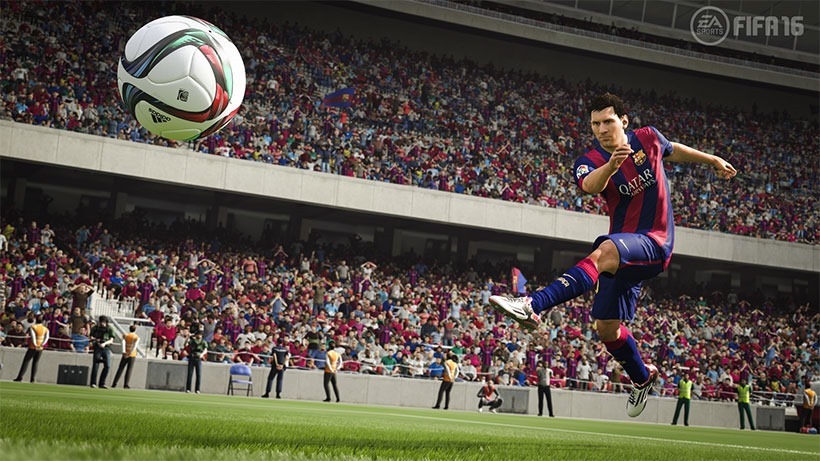 Ideally, I’d have Darryn write about the PC specs for FIFA 16 – because I rather enjoy the nonsense he comes up with when he’s clueless (which is almost always).  But seeing as he knows nothing about PC specs or football, the resultant fury might just melt the internet. Instead, I’m going to prattle a bit about the PC you’ll need to run FIFA 16 if you plan on playing it on your PC in his stead.

That’s despite knowing close to nothing about football myself. Every four years, when the world cup rolls around and my interest in football in momentarily piqued, somebody – at my behest – tries to explain the offside rule to me. Many world cups later, and I still don’t get it.

What I do understand though, is the relatively modest requirements for FIFA 16 on the PC. Here’s the sort of machine you’ll need to kick a ball about on your machine.

Even the recommended specs are relatively modest, and well within the realm of anybody who considers themselves a mustard-race elitist. Hopefully, EA continues to take the PC platform seriously. It’s only just recently that they’ve added that “next gen sheen” to FIFA’s PC port, with FIFA 14 missing out on the Ignite engine that was the biggest back-of-the-box selling point for that iteration of the game.

That was nearly two years ago, and while there’s still a modicum of truth to that, the PC gaming landscape is a little bit different-  with it entirely possible to build an affordable PC that outpaces the modern consoles. When games actually work, anyway.

FIFA 16 is out on everything that plays games and isn’t made by Nintendo in September. Its PC port should work fine – though games like FIFA will always be better on console, if you ask me.

In related news, the cover stars of the game were recently announced, and here in SA it’ll feature exactly who you’d expect: Lionel Messi. In Other regions, Messi will share the cover with another athlete, who’ll change accordingly: