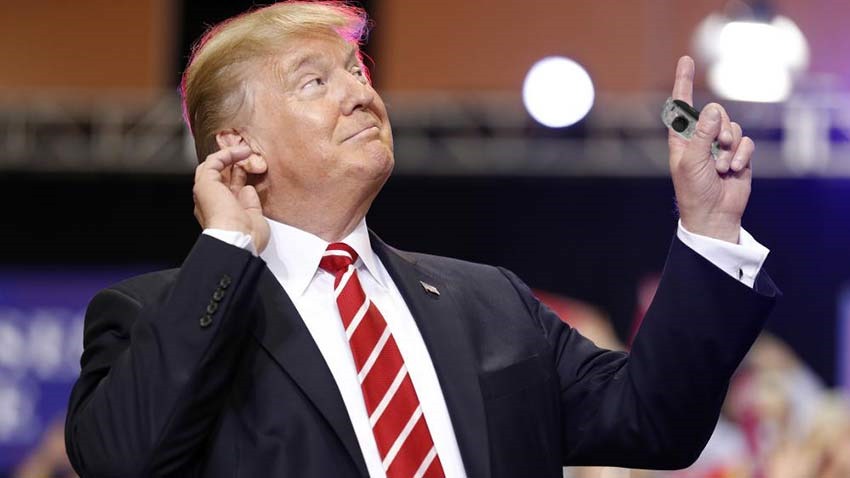 There’s trouble brewin’ in the United States of anarchy, and clearly it’s all the fault of dem vidjeo gamez. With gun violence on the rise and a shooting happening every week, something clearly needs to be done. Or someone needs to be blamed, as US president Donald Trump met with games industry executives and some of the most vocal critics in the land to discuss the fictional link between video games and violence.

So how did the meeting start? With Trump pressing play on a sizzle reel of video game bloodshed, saying “this is violent, isn’t it?” according to The Verge. Said video has been posted on the official White House YouTube channel. You can see it for yourself below, or if you can’t, here’s a list of the games that made the highly-selective cut:

All cherry-picked content then, as video games are far far worse than irresponsible gun ownership and organisations like the National Rifle Association openly bribing elected officials to point the finger of blame somewhere else. Which is just sad. SAD NEWS! Honestly though, I’m amazed that those were the only games chosen. No Manhunt, Soldier of Fortune or Mortal Kombat?

What a weird world we live in. What do you think though? Is there some merit to the content being shown, or is this just a convenient storm in a teacup that will soon abate once the masses have been appeased? Sound off below with your opinions. Especially if they’re huge opinions, the most impressive opinions we’ve ever seen.