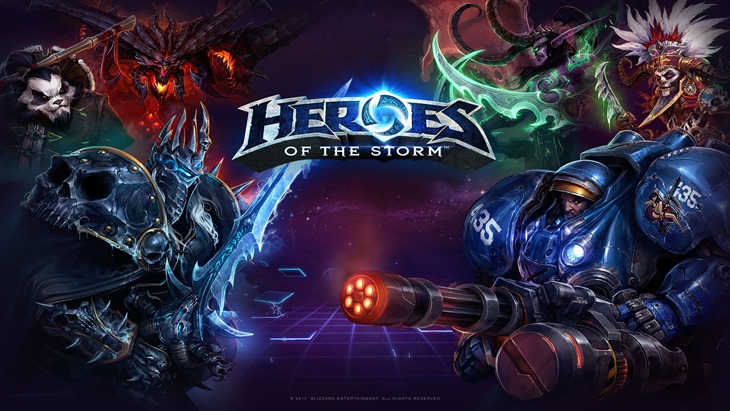 I’ve been enjoying my time with Heroes of the Storm so far. I honestly think its the perfect place for beginners to get into MOBA’s, yet fun enough to keep veterans interested. There are already a variety of maps available, but Blizzard are releasing another one soon; the Garden of Terror.

The map will be a typical MOBA in the sense that it will have 3 lanes to push. Much like the other HotS maps though, there will be secondary objectives that come up during the match. Fulfilling these objectives or performing them better gives a team a pretty solid advantage for a short amount of time. Garden of Terror will be similar in that sense.

Unique to the map however, is a day and night cycle. When night time occurs, mercenary camps will instead be replaced with night horrors. Killing these terrors will drop seeds, and when a team has 100, they can then summon the Garden Terror, a large unit with unique abilities (similar to the dragon knight in that particular game mode). Over at the developers blog, Senior Technical Designer Meng Song tells us more about this special unit:

“The Garden Terror has two abilities. Plant Horror Overgrowth disables and damages all enemy buildings around the casted area. Be careful, as the Overgrowth can be destroyed by the opposing team. This creates a good risk-reward scenario and opens up gameplay choices. Players can use the ability as bait, place it in areas away from heroes, or just go for the all-in play. If you’re sick of the enemy team clumping up and pulling off a wombo-combo on your team, Spore Queen’s Curse lets you turn them into slow, weak Plant Zombies! This is an area of effect polymorph ability that can definitely turn the tide of a fight, when used correctly

Night time also affects gameplay in terms of vision. Players will see much less, so sticking together is important to survive any unexpected skirmishes. Garden of Terror reminds me of the Haunted Mines, although with some changes to mix things up. Still, it sounds good to me and should make for an interesting addition to the game.

For more information, check out the developers blog (linked above). Now if you’ll excuse me, I’m off to do my daily quests so I can farm up enough gold to purchase Brightwing.