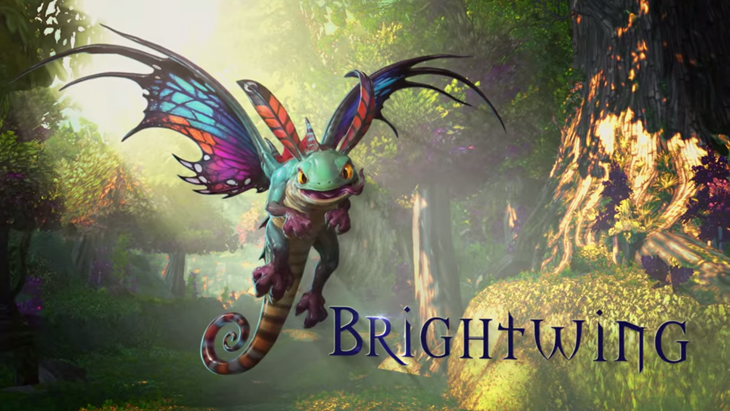 Have you read my preview of Heroes of the Storm? The MOBA from Blizzard shows a some real promise, and I’m really looking forward to spending lots of time with it. I’ve decided to start an on going series where I will show off one of the many heroes via a gameplay video. Today we have a look at Brightwing, a faerie dragon with some awesome support skills, and one of my favourite heroes thus far.

Not every hero has their own trailer yet. Fortunately, Blizzard have made one for Brightwing.

The talent system in Heroes of the Storm lets players choose exactly how they want to play the hero. For the most part though, Brightwing really is just a hardcore support and can’t really fill other roles (although the nuke potential isn’t too bad). There are loads of ways to improve these skills thanks to the various talents, but this is what they look like in their core form (thanks Gamepedia)

All of these skills are available right from the beginning of the game. 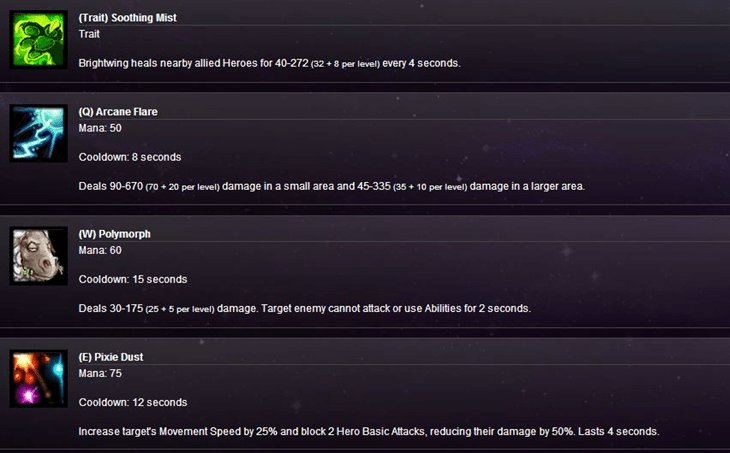 As you can see, there is a nice balance of support as well as some decent nuke thanks to Arcane Flare.

Only one of these can be chosen.

I’m particularly fond of Emerald Wind, as it gives Brightwing some extra nuke potential as well as a means to create space for the team if need be.

If you do plan on watching the video below, be sure to read up on the skills above. Things just happened too damn fast for me to actually give each skill a proper demonstration, at least not until about halfway through the video. I played on Garden of Terror, the latest map added to the game.

This was my first video of HotS, so I do spend some time mumbling and brain farting explaining various game mechanics. Future videos will be primarily focus on what you can expect from the hero itself.

Keep in mind that the game is still in Technical Alpha, meaning that stuff can change as it develops. If you have any recommendations, questions, suggestions, or hero spotlight requests, please do leave them below. If I can afford them with my in-game gold, I will happily do a video for them.