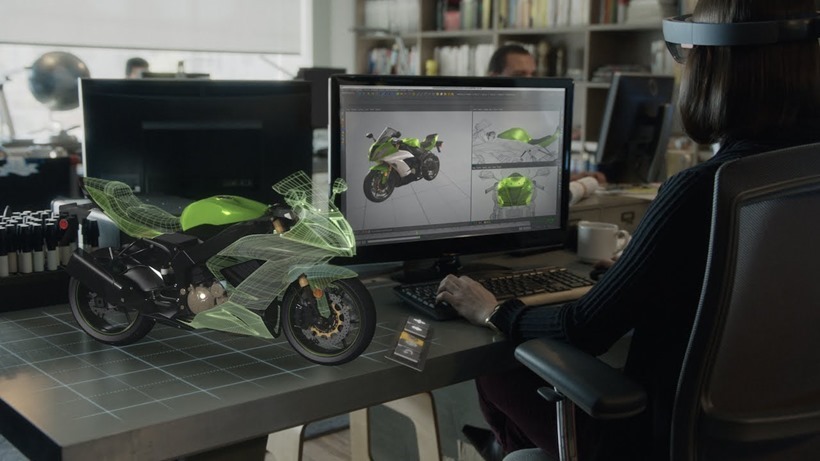 One of the more impressive things I got to put up close to my face at E3 was undoubtedly Microsoft’s HoloLens. The Augmented Reality headset is taking big strides to question why we need things like monitors, TVs and 2D projectors, and the tech made a compelling enough argument for me to think Microsoft is really on to something special. Truth be told though, I wondered how gaming would benefit, and Microsoft isn’t sure of that yet.

Spending $2 billion on Minecraft alone would make you assume that HoloLens was being built with gaming in mind, but Microsoft CEO Sayta Nadella thinks that this first version isn’t really focusing on that. Instead, HoloLens is being built as an enterprise device – focusing more on medical, office and retail uses rather than home and entertainment. A fact that would explain the headset’s already limiting field of view.

For sure in the first version, it’s going to be more about developers and enterprise scenarios

That doesn’t mean HoloLens is going to have zero gaming use, though. Minecraft is already acting as an intriguing selling point, and I have no doubt that Microsoft will try to shoehorn, at the very least, some functionality into their first-party games. But HoloLens has far less focus on gaming than even Kinect does, which says all it needs to.

And that makes sense given the amount of money Microsoft is pouring into the new platform. Gaming isn’t their primary bread winner, so it’s not illogical for them to focus on more broadly accepted uses for HoloLens (especially in sectors that will benefit far more than gaming). Will it be an innovative gaming device someday? Sure, I think so – just not yet.