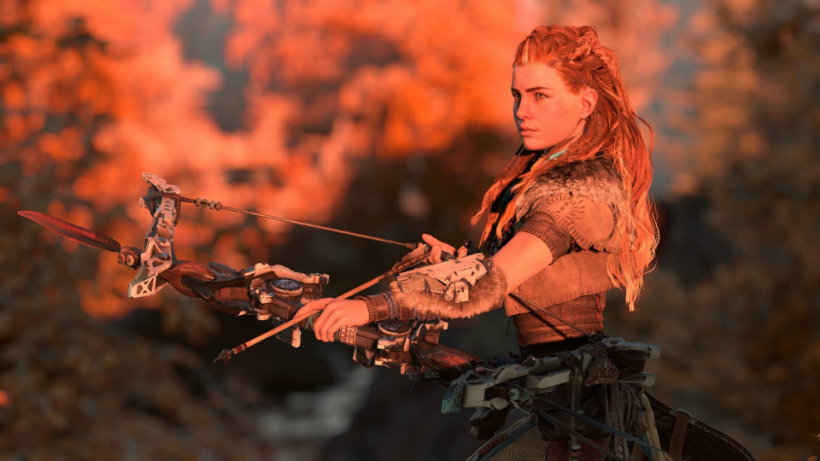 Horizon: Zero Dawn is a PS4 exclusive that will certainly ship consoles. It’s got hunting, bow-combat and robotic dinosaurs. The story sounds intriguing, the game design is unique and I’m seriously amped to learn more about the game. Most interesting to me is the lead character, Aloy; she seems like a whole new kind of lead character in an unknown world. Now are getting a tiny morsel of more information, and I’m even more curious about her.

We felt we had quite an original composition and combination of elements with the robots and the nature, so we also felt like it needed an original and strong character to go with that. One of the directions we were very interested in was a character like Sarah Connor in Terminator, Ripley in Alien or, more recently, Ygritte from Game Of Thrones; very strong female characters. That’s where we started.

I hope that these ladies were more than just the examples of strong female leads but that they actually inspired some of the character design. I’d love to see some Sara Connor guns on Aloy, combined with some awesome one-liners ala Ripley. I can already see the influence of Ygritte with that impressive hair and bow skills. It’s all coming together for me. Now to just find out more so that we know what this strong lady gets up to in the strange futuristic post-post-apocalyptic world.