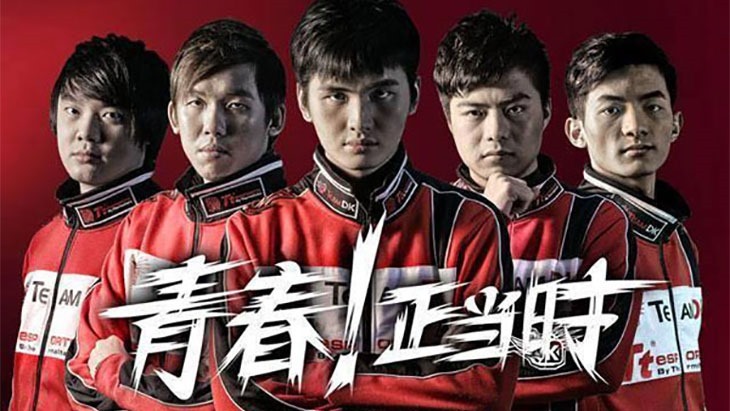 The initial Phase of Dota’s great big competition –  The International-  is over, with the real playoffs beginning this weekend. The prize pool this year is an astronomical sum, with winners earning their share of over $10 000 000. One team who’s made it through may already be at a significant disadvantage. Team DK, a popular Chinese Team, have had their entire strategy leaked online by an unwitting camera crew.

A crew from the Chinese eSports company Gamefy – without any semblance of permission from Valve or players – snuck in to the rather off-limits team room area and started filming Team DK. They recorded and then broadcast the team’s entire core strategy- making it public not just to their competitors, but the world at large. Naturally, DK are rather infuriated.

Gamefy has since offered an apology for their faux pas (translated by Redditor Bikinii).

Gamefy’s film personnel entered and began filming the player’s rooms without the permission of Valve and Team DK, and accidentally uploaded the sensitive information. We sincerely apologize for our actions.

We acknowledge the problems and frustration that were caused to team DK by the video, and we are fully aware of the hurt that was caused to dota 2 fans. According to Valve Corperation’s rules and regulations, the personnel responsible cannot continue to participate in TI4 news reporting; We will also strictly adhere to the rules of the organizing committee. Without further permission from Valve, we will not enter player’s rooms to conduct any kind film work.

Lastly, we would hope for forgiveness and understanding from all of team DK, all dota 2 fans and lovers, and other TI4 players; and let us put our passion and enthusiasm into the reporting of the next phase of the tournament.

With Team DK’s strategy for this competition out in the open, it severely reduces their chances of winning. While it may not seem big, these players have a great deal riding on The International.  The second prize spot this year for example, will earn that team more than last year’s winners; very nearly $1.5M.

It’s not even about the money. Team DK’s LaNm was hospitalised during the competition, with stress getting the better of him. He’s even said that he plans to retire after the event – so this is serious stuff for the players involved.

The International main event kicks off this Friday. This latest fan made cinematic trailer highlights just how tactical the game can be, and just how much is at stake.

COD: Ghosts getting first eSports usage, but still on Xbox 360 …