Home Gaming How many dragons killed in Dragon Age: Inquisition? 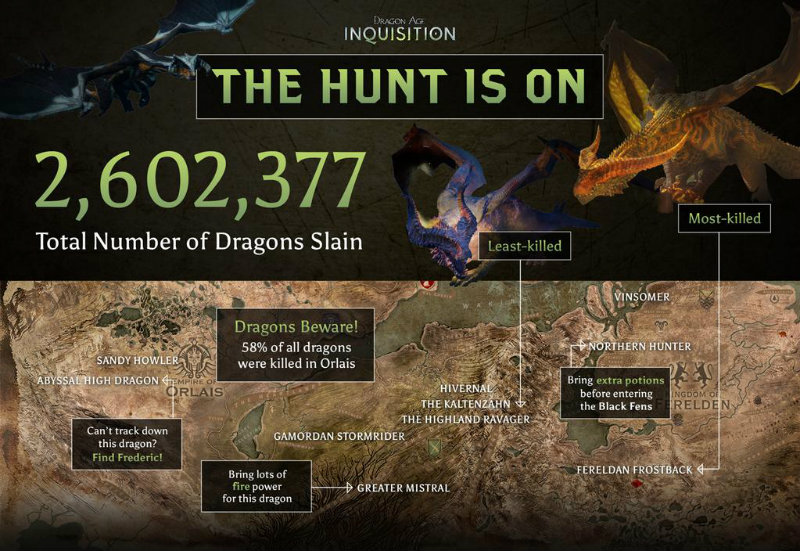 Hunting down and killing all the dragons in Dragon Age: Inquisition was seriously fun when I played over the holidays. Yes, I killed every Dragon, contributing to these delicious stats released on twitter.

It makes sense that the most killed dragon is the Fereldan Frostback – he’s relatively low level and easy enough to take out once you’re of a high enough level. Of course, depending on who you take into battle with you, you might need to equip some items with fire resistance. Some people are struggling to even find the Abyssal High Dragon; sorry, you’ve got to do some fetch quests for Frederic first.

Killing Dragons isn’t just a fun side activity in Dragon Age: Inquisition. They drop some excellent crafting items, give a whole boatload of XP and boost your power. Wondering where they are and how to kill them? Well, here are some tips. (Warning: possible spoilers below)

I hope this helps you contribute to the stats on dragons killed. Have you already taken any out? I love how terrifying and epic those battles feel.