Home Gaming How much does the Final Fantasy XV demo cost? 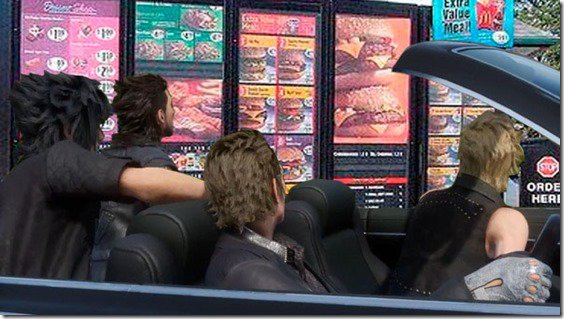 People are really excited for Final Fantasy XV, myself included. I keep nagging our awesome local PR because I’ve yet to receive my demo code despite promises from Square Enix (way to keep breaking my heart, Squeenix). Unlike the retail copies of Final Fantasy Type-0 HD, my review copy didn’t come with a FF XV demo code – but people are selling them online for a fairly reasonable price.

Final Fantasy Type-0 HD seemed to rely heavily on the FFXV demo to sell units. The marketing centered on the fact that you’d get the demo with the game. Obviously, people decided to capitalize on this, selling off the game for parts. So, instead of buying the full price game, you can just head on over to eBay and buy yourself a code.

Prices don’t seem too ridiculous, going for around $30-40 or half the price of just buying a retail copy of Type-0. For R350-R450, I might be willing to actually just pick up one of these codes. Still, it ends up being a paid demo which goes against what I believe in. Still, if you’re that desperate for Final Fantasy XV and need to grab the demo but you’re really not interested in the HD remake of Type-0, at least eBay does have another option for you.

Do you even want to play the demo? I will happily play it as a service to you all, but I wonder how representative it will be of the final game. Besides, I love jumping into a Final Fantasy game as fresh as possible. There’s something about the scope and scale of those games that blows me away, even the ones that aren’t as great as others.

With most retail stores selling out within minutes whenever new stock does arrive, many pe…