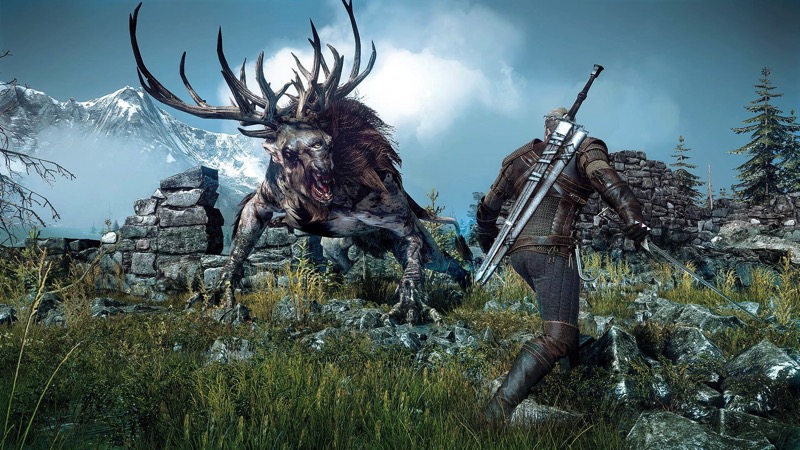 If The Witcher 3 didn’t have your attention yesterday, then I’m pretty sure it did after seeing 15 brand new minutes of gameplay late last night. CD Project RED have outdone themselves on the new consoles, but face a pretty serious issue. Previous Witcher titles weren’t on the Xbox One and PS4, so how are players meant to get their precious, decision storing saves across?

That’s a question I never really considered, but thankfully I’m not the one in charge of things like that. The person who is clearly got it right, and during a livestream last night CD Projekt RED briefly detailed how players of the previous Witcher titles will be able to get their saves across. And it’s actually quite smart.

Not unlike Dragon Age Keep, The Witcher III will feature an event at the beginning of the game where man retells the story of monster hunter Geralt of Rivia. During this stage you’ll be able to correct the bard, with a section of choices from the previous two games being presented as options. This will then craft The Witcher III into a tale that organically fits in with your previous adventures, even though they weren’t available on this generation on consoles.

As for PC, well the standard method applies. If you have a save file from previous Witcher titles, you’ll be able to import them without any issues. So make sure you have the playthrough you want on hand before starting the concluding chapter.

CD Projekt RED also used this time to confirm the resolutions and framerate for The Witcher 3 on consoles. The PS4 will be the superior copy, running at 1080p and 30FPS, while the Xbox One version will be scaled back to 900p. PC players get all the “p’s” they want, as per usual.