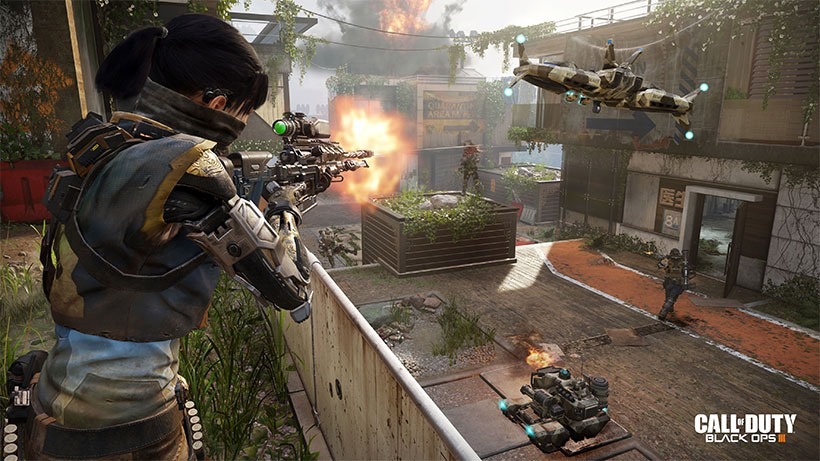 It’s rapidly approaching the end of the year, which means it’s nearly time for a new Call of Duty. People love to hate on Call of Duty for recycling the same old formula, and I get that. There’s no denying that Call of Duty’s annualised release cycle is in place for Activision to make the most money it can, leveraging its brand for maximum profits.

When you speak to the people making these games though, there’s an undeniable fiery passion that flows through their veins in place of blood. Like Gavin, I’m the sort who mostly plays Call of Duty for the mindless, popcorn entertainment single player campaign. I then play the multiplayer for about a week, before everybody else becomes too damned good and I stop having fun. I’ve always favoured Treyarch’s Call of Duty games – at least, post COD 4 that is – so I’m actually rather keen for Black Ops 3.

And now, I’m keener. Activision’s shown off the game’s movement system, demonstrating how players will move about the game’s maps and it looks like, as far as movement goes, that it’s borrowed rather heavily from Titanfall. That’s not a bad thing.

Like with Advanced Warfare, Black Ops 3 has a quasi-futuristic setting, allowing players to wall run, hop about like caffeine-pumped bunnies and slide around – but it seems a little more grounded, less fanciful and decidedly more fun.

My biggest hope then, is that this time around, the servers actually work.

“Movement in Call of Duty: Black Ops 3 is based on momentum, chaining together moves to engage your enemies in a variety of ways. Learn how the Black Ops 3 movement system will keep you in the fight from Treyarch Studio’s David Vonderhaar and Dan Bunting.”