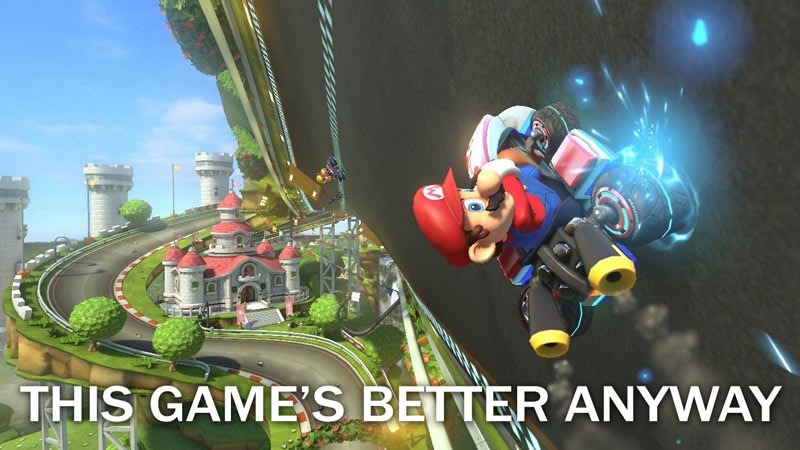 Project Cars is one of the best looking games of the generation so far, giving gamers a realistic enough experience that they can even smell the petrol fumes. It’s out now, on all of the promised platforms other than Nintendo’s Wii U. To be honest, I found it surprising that they’d even planned a Wii U version, given the system’s relative lack of power and the fact that the game’s ideally meant to run at 60fps. The Wii U version may end up being cancelled.

Why? Well, because it runs like ass at the moment. According to Slightly Mad Studio’s Ian Bell, The Wii U version is running at 720p at the moment. That’s not really the problem. The big problem is that it runs at that resolution at a paltry 23 frame per second. That’s really not ideal for anything.

In a series of brutally candid posts on the Project Cars forum (via Nintendo Insider), Bell said they were having trouble with the Wii U version.

“I can’t say too much but we’re awaiting E3 with baited breath. Don’t read wrongly into that… OK I’ll come clean. At the moment we’re running at about 23FPS on the WiiU. We’re awaiting/hoping for more of a hardware announcement at E3…

“Honestly, unless we really cut the looks back I think we’re looking to Nintendo’s next console. 720p yes. I suppose if they don’t announce something at E3 or soon after we will have a go at it.

“We could reach a fairly solid 30FPS but it might take a hell of a lot of work. On the other hand, about halfway through us finishing, Nintendo might announce a new console (I have zero knowledge on this BTW but I’ve heard ‘rumours’). Our work might just be the best thing that ever hit that new console in the driving sim genre.

“So we’re playing a waiting game at the moment and yes, economics do come in to it.”

They’re hoping that Nintendo announces newer, more powerful hardware at E3 so that they can move production there. The other option is to make the game look worse, to target a manageable 30fps.

With Nintendo already saying they’re not announcing new hardware at E3, the chances of us –or Slightly Mad – seeing Nintendo’s “NX” this year are slim to none. About the same as Project Cars ever actually being released for Wii U, I reckon.