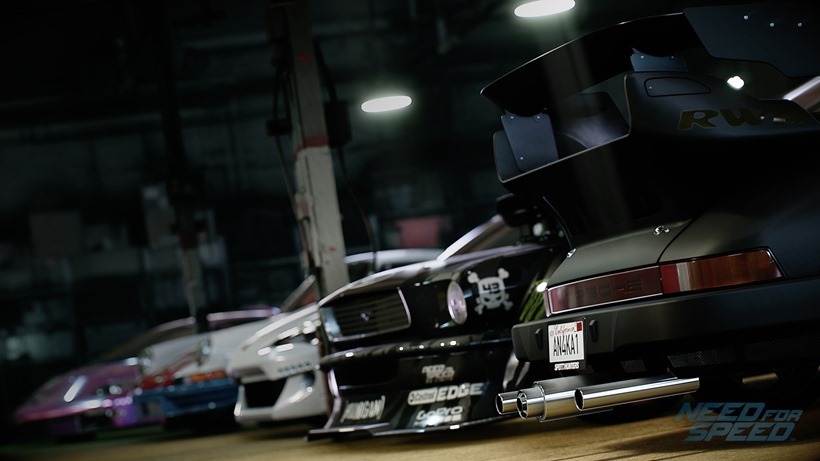 VROOM! Much like the Fast ‘n Furious films that have inspired Need For Speed for at least a decade now, the franchise has always been about fast cars and even faster deadlines. Look good, drive quick and leave a good-looking corpse then.

This year’s Need For Speed looks like more of the same: A crew of tropes, dressed in goofy “hip” clothing (DAMN KIDS), while Johnny Law is on your tail. Of course, in order to put the pedal to the metal, you’re going to need four wheels. And an engine. And a chassis. And other stuff.

According to an hour of Top Gear that I watched last night, that’s a rather high-octane collection of revs, engine blocks and go-faster stripes. Brah. In all honesty though, I’ve always taken a simple approach to playing Need For Speed games.

Give me some proper American muscle, with enough of a heavy backend that makes it feel like trying to steer a hippo with an eating disorder, and I’ll be in heaven. Need For Speed is out on November 3 for PlayStation 4, Xbox One and PC.

You suckas can wrap your mouth around my exhaust pipe and choke on it as I hurtle to the finish line, once I have the 1965 Ford Mustang listed above.