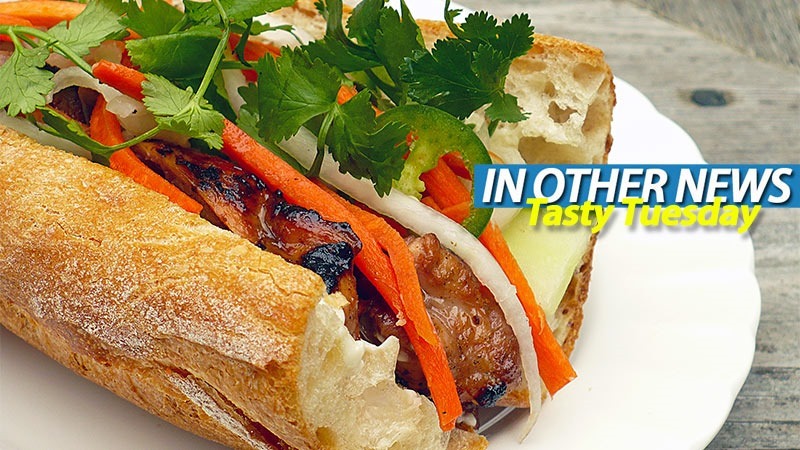 Vietnam’s cuisine is an oddity. Once under French rule as a colony, much of its food has been influenced by the French, with Asian roots firmly sticking out of the bottom. Nowhere is that seen more than in one of the country’s staple street foods – and one of the finest sandwiches to grace the planet; the Banh Mi.

A light, airy single baguette is given a liberal spreading of pate – something that could not be more French – and then filled with delightfully asian ingredients. Usually, it’s pork – either as meatballs, roast pork belly, cold cuts of pork or head cheese and finished off with shredded pickled carrots & daikon radish, fresh coriander, cucumber slices and a some chilis for heat. It’s a sandwich that’s both exotic and familiar; the perfect marriage of sweet, sour, salty and savoury in each bite.

New NASCAR game in development for PS4,PC and Xbox On in 2016
UK charts – GTA V retains top spot
Rumour – The Order: 1886 does not have bronze trophies
WWE Immortals comes to iSO and Android
Fan-made Silent Hill game is a disturbing delight
DriveClub Japan update now live with 3.3gb of new tracks
This Oculus title will let you see through the eyes of a god
Pneuma Pneuma yay – First-person puzzler hits Xbox next month

Students create a self-aware Mario who contemplates death
My Cid, how you have changed
Monopoly Deal is business at its most brutal
Why Harley Quinn is Batman’s most tragic character

The new IT will be terrifying and vicious
Could the X-Files be returning?
Your mother is a joke in this new red band trailer for Get Hard
And the winners of Fury Tickets are…
Deadpool starts filming in March
Clark Gregg talks about bringing the Inhumans into Agents Of SHIELD
We Review The Imitation Game – This game is a winner!
Fox is considering more 24, but without Jack Bauer