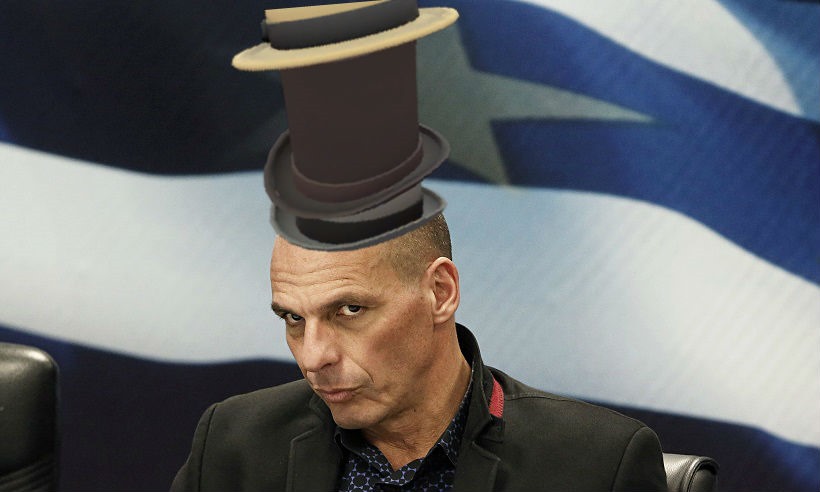 Greece is facing one heck of a debt crisis (even saying that is probably an understatement). To make matters worse, their Finance Minister has resigned. Yanis Varoufakis, a former Valve economist, called it quits after just six months in office.

Varoufakis made the announcement yesterday in a blog post titled “Minister No More!” (via EuroGamer):

“Like all struggles for democratic rights, so too this historic rejection of the Eurogroup’s 25th June ultimatum comes with a large price tag attached. It is, therefore, essential that the great capital bestowed upon our government by the splendid NO vote be invested immediately into a YES to a proper resolution – to an agreement that involves debt restructuring, less austerity, redistribution in favour of the needy, and real reforms.

Soon after the announcement of the referendum results, I was made aware of a certain preference by some Eurogroup participants, and assorted ‘partners’, for my… ‘absence’ from its meetings; an idea that the Prime Minister judged to be potentially helpful to him in reaching an agreement. For this reason I am leavng the Ministry of Finance today”

The only reason this news really interests me is because Varoufakis used to work for Valve. In 2011, he received a mail from Gabe Newell, asking for help to better the company’s virtual economies. He later took on the job of Economist-in-Residence.

I’m not pinning Valve’s booming economy on the work of Varoufakis alone, but look at it now. They’re stupidly profitable, making piles of cash via the Steam platform and cosmetics for games like Dota 2, Team Fortress 2, And Counter-Strike: Global Offensive. On top of that, Valve have a market where gamers can sell their items, where of course, they take a portion of the sales for themselves.

Varoufakis later went on to teach at the University of Texas and write for WDW Review. Following that, he started as the Greek Finance Minister earlier this year, in January. Apparently the money-printing wizardry he helped put together at Valve was not applicable in Greece.

I wonder what his next step will be? More than that… what is Greece’s next move?