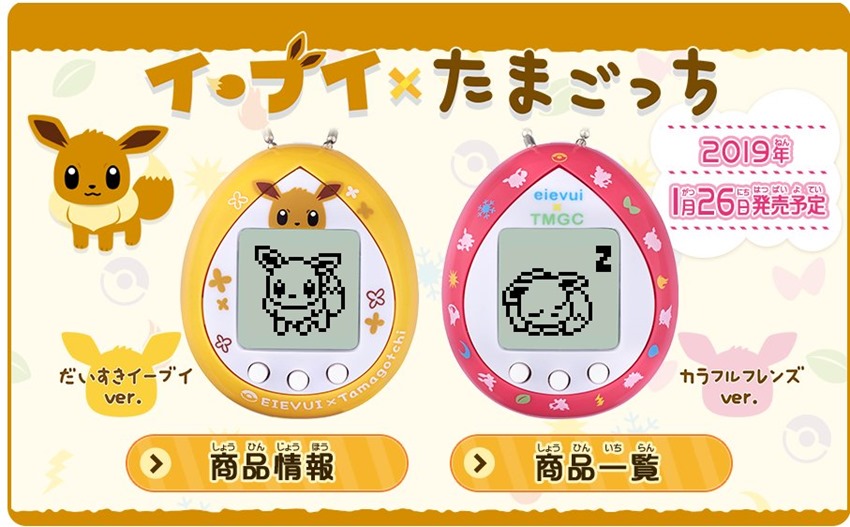 There is nothing more 1990s than a Tamagotchi. Cutting edge technology in the palm of your hand at the time, Tamagotchi devices were the toy to have as the 1990s came to an end, with just about every kid in your school walking around the yard with a virtual pet that they could feed, play with and nurture. I was too unloved to receive one, so instead I had to make do with a permanent marker and drawings of Tamagotchi on my hand AND IT TOTALLY COUNTED OKAY?!

A fad of the highest order, Tamagotchi toys eventually fell out of fashion, with many of the tiny LCD screen pets being left to die in a mix of their own waste and disinterest from their owners, because y’all are the real monsters of this story. You could also blame Pokémon on the growing pile of plastic egg corpses, as the idea of having not only a pet that could evolve and battle made for better virtual critter adoption, but also gave fans 151 pocket monsters to catch and tame.

It’s weird when you think about it, because Pokémon and Tamagotchi aren’t too different from one another. Those lines are being blurred further, as a Tamagotchi and Pokémon partnership will see the two companies cross over and release an Eevee-themed Tamagotchi. Based on the Tamagotchi Nano design, players can look after an Eevee, care for it and give it the chance to evolve into its best final form, Umbreon.

I mean you could evolve it into one of the other seven final forms that it has, but you all know that Umbreon is the only choice here. In Japan, these particular Tamagotchi will arrive in two different shell colours and will retail there for around $20 from January 21. If these get exported to the west, expect to pay a few pretty pennies more. Nintendo used nostalgia, it’s super effective.