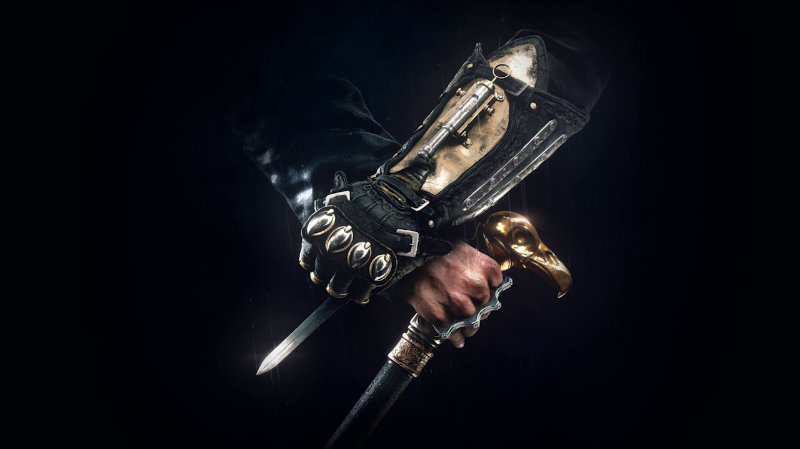 Assassin’s Creed: Syndicate (formerly known as Victory) is going to be officially revealed tomorrow when Ubisoft does their live stream. However, Polygon got their hands on some promotional material with some initial info.

According to the marketing material, the game will:

transport millions of gamers to an astonishing recreation of London during the Industrial Revolution where they will find themselves immersed in a game world they’ll have to see to believe.

Assassin’s Creed: Syndicate will star Jacob Frye, and those who are still gullible enough to pre-order games can do so through GameSpot to get a replica shilling pendant. It still weirds me out that we know pre-order details before we know, you know, actual game details.

Still, I’m glad we have a name and I’m looking forward to the official information. Assassin’s Creed games are always visually stunning and offer impressive breadth. I’m honestly excited for this title – there is so much that can be done in that time period; and it’s just modern enough to feel like a great leap forward while still seriously rooted in the past. Plus, there can be all kinds of fun areas of London to explore and hopefully a lot of full scale buildings ala what we saw in Assassin’s Creed: Unity.

It’s nice to have confirmation of the game’s title, as well as setting and the main assassin. Here’s hoping that they’ve learned from their mistakes from last year and launch a really quality game on day one. Perhaps even with some female assassins if they had the resources to animate them.