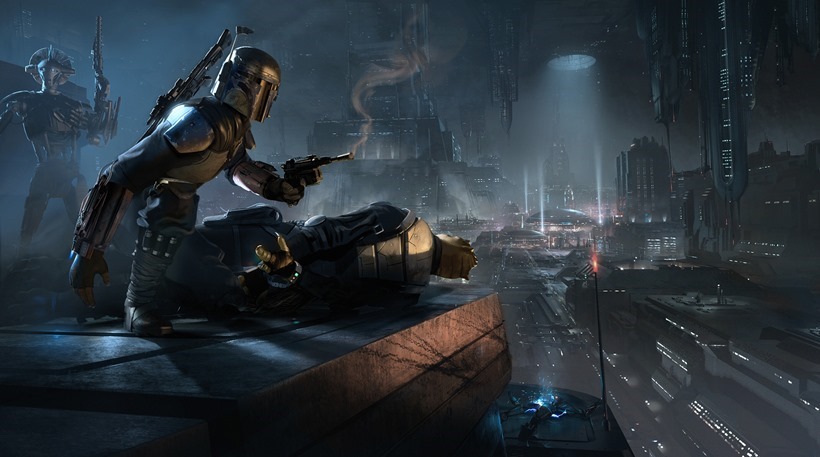 Jade Raymond, one of the most public and prolific game designers in the industry today, announced last month that she would be building Motive Studios – a brand new development house under EA’s thumb. The first project the studio is tackling is a Star Wars RPG, in collaboration with the existing developers Visceral Games. Despite Motive coming on later, it seems that Raymond and her studio are actually going to hold a lot of creative power over the entire thing.

Or at least that’s what she has claimed in a new interview with Game Informer, stating that creative director (and former Naughty Dog writer) Amy Hennig will in fact be spending a lot of time in Montréal with her and her team.

“So the team at Motive has creative ownership over a significant portion of the game. [Creative director Amy Hennig is] going to spend quite a bit of time in Montréal. But it’s probably not quite 50 percent.”

The project, however, remains shrouded in mystery. A report last month suggests that the game will be an open-world RPG that will borrow a lot of elements from the cancelled Star Wars 1313 project of old. Raymond’s Motive Studio is entirely dedicated to the project, but will also be working on creating a brand new IP for launch afterwards. Again, she offered little to go on.

“That’s going to be a big game, and we’re doing a big portion at Visceral and a big portion at Motive. That’s a huge opportunity. I have a ton of great, talented people who are huge Star Wars fans who really want to work on that. We’re going to be focusing on that first.”

Whatever it is, it’s going to be a long time before we even catch a glimpse of it – considering we still don’t even know what Star Wars title Motive and Visceral are working on. With Raymond having a lot of creative control over the project though, I think we can rest assured its going to be something interesting (to say the least).