In the past, the competitive eSports world has been dominated by games such as Dota, Counter-Strike, Starcraft and League of Legends. In short, three main genres have dominated the playing field, but as of late a new genre is rising. The age of the arena shooter is upon us, and it’s about time. 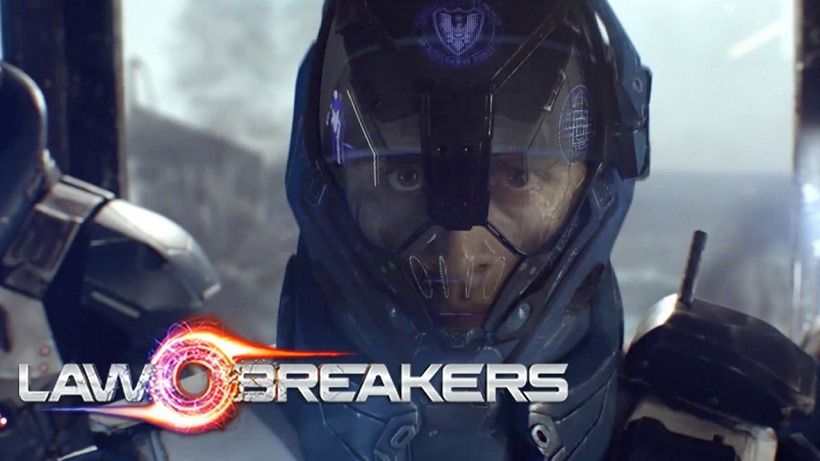 The Age of the Arena

The arena shooter isn’t a new concept by any means. In the past we’ve had Team Fortress (not strictly an arena shooter) and Quake, which were both successful in their ways. The new age of arena shooters is accompanied by big money tournaments and audiences which far exceed conventional sports. The time has come where these action packed genres can get the appreciation they deserve. What sets the arena shooter apart from the mobile battle arena and first person shooter is that there are certain abilities and traits which are accessible throughout the match. It’s almost a combination of the two genres, which as I eluded to makes the game a lot more exciting to both play, and watch.

Blizzard have already entered the field with their upcoming new IP Overwatch, which has yet to receive a release date, and now we’ve been treated to a game which could break the field wide open: LawBreakers.

Last week we were treated to the announcement trailer to LawBreakers, and if this isn’t enough to get you excited, then stop reading right now.

Once again, mankind are screwing around with nature and a few noble heroes are left to pick up the pieces, but that’s not why we are here. LawBreakers was announced as a multiplayer arena shooter, and before the internet could write it off as just another game, they released the gameplay trailer and it looks amazing. What’s even more appealing are the minds behind it.

Unfortunately we can’t really compare LawBreakers to Overwatch just yet, but both games fall under the same genre. Taking the whole cops vs. robbers plot to a whole new level, once again America is here to save the entire world from every major Cartel. The different classes, be it just a few displayed in the video, already make me want to play. The Assassin class looks amazing, but to be completely honest the game as an eSport will only truly be nitpicked once we get our first taste of open beta. The speed and mobility is what will set the game apart, and it seems simple enough yet complex depending on your choice of character. This has always been a major appeal in competitive games, and something I feel which insures the longevity of a new game. People don’t want to sit and theory craft for days on the perfect builds, best talents and most fruitful playstyle. They want to sit down and get frags. LawBreakers also seems to promote individual skill over teamplay, which always makes for an exciting community response.

LawBreakers is the love child of Cliff Bleszinski (Gears of War) and Arjan Brussee (Battlefield Hardline) both headlining this title debut for the new studio Boss Key Productions. The two FPS titans are set on reviving a genre which has been dead for years. While some have tried, and subsequently failed, the market is in demand for something of this nature. What makes it even better is that the game will be free-to-play (microtransactions pending), and will include competitive matchmaking. Before you ask, we’re unsure whether South Africa will get servers, but we will keep you updated.