Its the next big thing to happen to the ps3 and according to Media Molecule’s Alex Evans it’s an exclusive for a reason. Its not that it can’t be made for the 360 at all, its just that the ps3 offered more to use than the 360.

There were two main factors that meant LBP could not be made for the 360 "as it is". The fact that all ps3 consoles have hard drives and then the capacity of Blu-ray.

With the LBP weighing in at a massive 40GB, it is fairly obvious that the 360 would be a vastly different game. Now we can only hope that the game can live up to the hype. 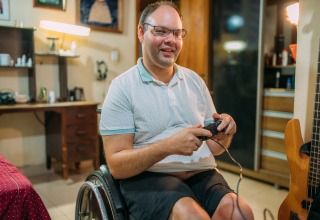 A large portion of the population loves playing video games. For most people, whether …