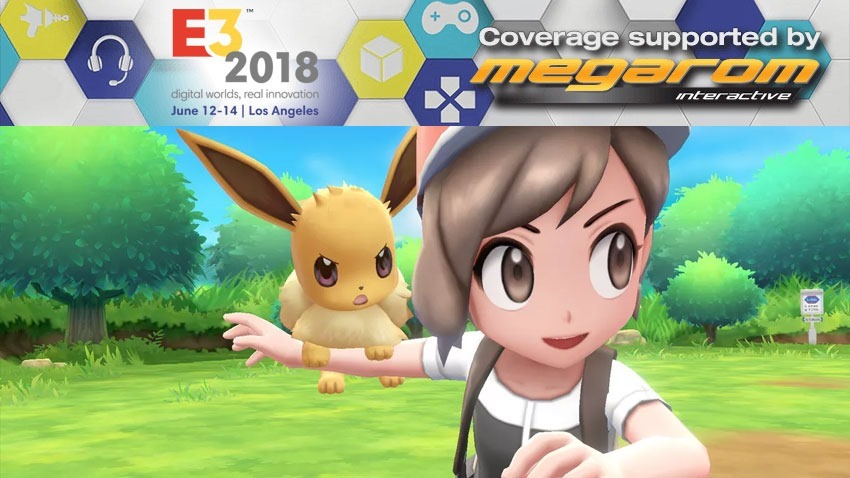 We won’t be seeing a new “core” Pokémon coming to Nintendo’s Switch until next year at the earliest, but until then there’s a new game coming to satiate critter-catching Switch owners. Let’s Go Pikachu and Let’s Go Eevee will be out this year. We’ve been told that it’s simplified take on the Pokémon Yellow, that’s made to appeal to the millions of people hooked to Pokémon Go, as a bit of a bridge game between the mobile phenomenon and the RPG games that kicked the whole thing off.

I wasn’t expecting it to be quite this simple though. The incredibly limited demo that we were given access to today didn’t really give us a look at any question, or much of a look at the recreated Kanto region, but it did give us a look at catching, and battling with Pokémon. We also got to try out the new Pokéball controller, which is an optional accessory that you’ll want to get if you wanna be the very best, like no one ever was. Catching Pokémon will be instantly familiar to anyone who’s played Pokémon Go, because it’s very nearly identical. When you come across a Pokémon in the game (you’ll see them scuttling about, instead of waiting for random encounters), you’ll press a button, and then pretend to throw the ball controller at your TV, timing the throw so that the ball hits the creature before the green circle closes. You can choose the type of Pokéball to use before throwing, helping to increase your chances. As I said, it’s nearly identical to the system in Go.

What’s quite lovely is that the Pokéball control has the same HD rumble technology found in the Joy-Con controllers, so the ball jiggles when you catch a beast, and when you shake it, you can hear a creature-appropriate sound from within the ball. It’s unnecessary, but it’s undeniably cool. The ball itself has an analogue stick and a second button, which are all the controls you’ll really need.

Combat itself is a little closer to what you’d find in the core games though. Once you come across a rival trainer and start combat, it’s the usual stuff of choosing from one of four attacks, and hoping yours dish out more damage than you receive. The demo also gave us a very small forested area yo walk around, but not very much else. It’s very simplistic, and I hope there’s more to it when the game itself comes out. Even if there isn’t though, it’ll be a good game to help Pokémon Go players who want a deeper experience transition to one.