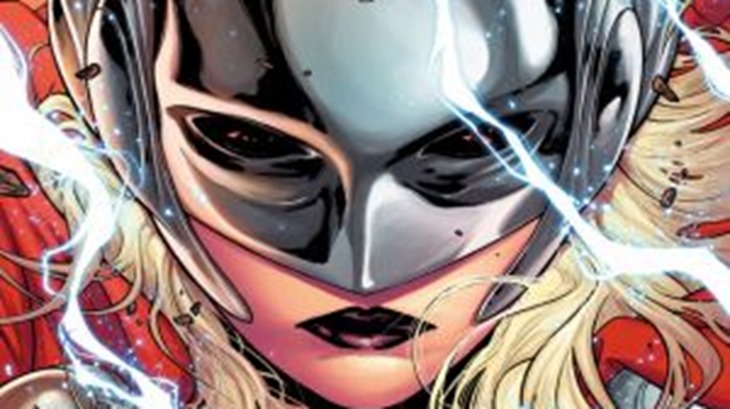 Times change, and with it, so do the things around us. Comic books are no exception, with characters regularly taking a 24 issue trip to Club Dead before returning. Over in the panels of Thor comics, a change is on the way as the God Of Thunder cocks up and finds his power and heroic identity transferred to a mortal woman. And this new Thor might be headed to Disney Infinity 2.0.

Speaking to Polygon, executive producer John Vignocchi explained that the current Thor in the upcoming Disney Infinity: Marvel Superheroes was based on the Avengers Assemble animated counterpart, but that change wasn’t exactly out of the question. “Infinity being a platform that evolves over time, that certainly doesn’t rule out the possibility of creating a new version of Thor. Should there be a demand, we’d love to do that,” Vignocchi said explaining that Disney Infinity’s roster consisted of a 45% female line-up.

We want to stay contemporary with how they’re representing their most popular characters. In the realm of Marvel you have characters evolving and changing constantly. Our intention is to evolve the game over time too.You will definitely see characters represented on the platform in multiple ways beyond just a costume change.

If you’re still wondering what I’m going on about with this new female Thor, here’s the scoop. Marvel announced that a new Thor series would kick off in October starring a new incarnation of the Thunder Goddess. “THOR is the latest in the ever-growing and long list of female-centric titles that continues to invite new readers into the Marvel Universe. THOR will be the 8th title to feature a lead female protagonist and aims to speak directly to an audience that long was not the target for super hero comic books in America: women and girls.” 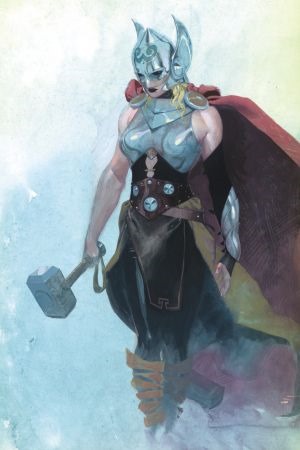 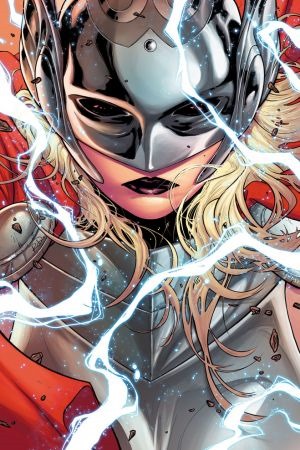 Writer Jason Aaron also had a more direct quote regarding the switch:

Which means that Thor’s hammer Mjolnir has found someone else worthy enough to lift, so rest at ease guys, Chris Hemsworth will not need to make some serious cuts in the method acting department. If you haven’t read the latest Thor comics, you’re missing out on a cosmic adventure that spans timelines and punches gods in the face.

Aaron has been writing that series, so I’m more than happy to give his new series a chance and see if lightning can indeed strike the same magic twice.