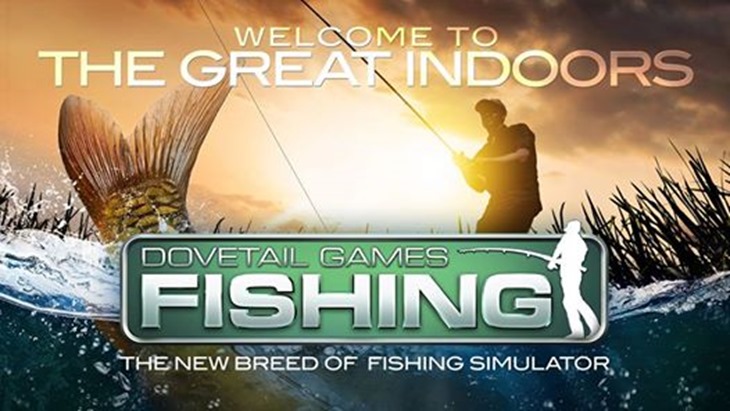 Right now, gaming ‘s got  a brand new fad. Namely, simulation games which haven’t just jumped the shark, they’ve done a 900 Benihana while setting themselves on fire thanks to recently announced titles such as Rock Simulator and Grass Simulator. Bugger that flavour of the month. It’s time to go outside. It’s time to drop a line and seize the carp. In other words, it’s time to go fishing.

Yes, the noble art of dropping a sinker and reeling in a fat one (Not to be confused with Friday night pub crawls), is once again looking to make a splash on the gaming front. Just for the Halibut, the team behind Train Simulator plans to lure in gamers with their title. Here’s the official synopsis and trailer:

In Dovetail Games Fishing, players will tackle every step in the fishing experience, starting with the selection of equipment and rigs based on the type of fishing and objective. Players will then survey their preferred location then take to the waters edge to prepare their gear. Using an intuitive new casting and reeling mechanism termed ‘Total Cast Control’, players can then test their skills by finding, attracting, catching and landing the fish.

Initially specialising in fishing for carp, Dovetail Games Fishing will quickly expand to include a multitude of popular fishing types, including bass and fly-fishing, across a variety of locations around the world.

I’m a particularly skilled master baiter, so I’m actually keen to try this out and not have some jackass from local government tapping me on my shoulder and demanding to see my permit. Plus this way, I might actually catch something for once. Now if you guys can think of any better fish puns for these stories, please let minnow.