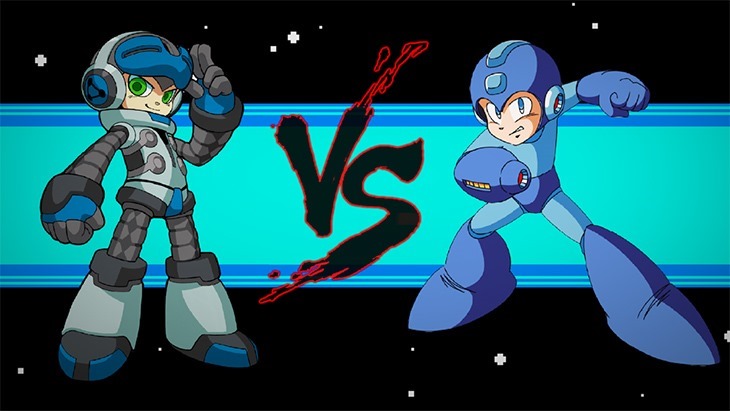 I still can’t believe how badly Capcom abandoned Mega Man, who once upon a time was one of their pillars. Just about every Mega Man game announced by the company has been cancelled – with the only official things from the company featuring the blue bomber of late being a bad iOS game, and a worse cameo in Street Fighter X Tekken. It’s at least one reason why Mega Man’s Creator Keiji Inafune left Capcom and kickstarted his own game which is Mega Man in everything but name.

Inafune took to GDC to show off the latest, playable version of the game. while it’s still a bit barebones at the moment it’s certainly very promising. There’s no real background, a lack of enemies and less polish than we’d like but even in this state it looks…well, it looks just like a modern Mega Man.

Beck, our Mega Man replacement seems to have quite a few more abilities than the fabled blue bomber – like the ability to dash in the air, and multidirectional air shooting

You could have had this, Capcom. the biggest problem I have with Mighty No. 9 is the long wait – it’s scheduled for 2015 – and decision of which platform to get it for, as it’s coming to everything.