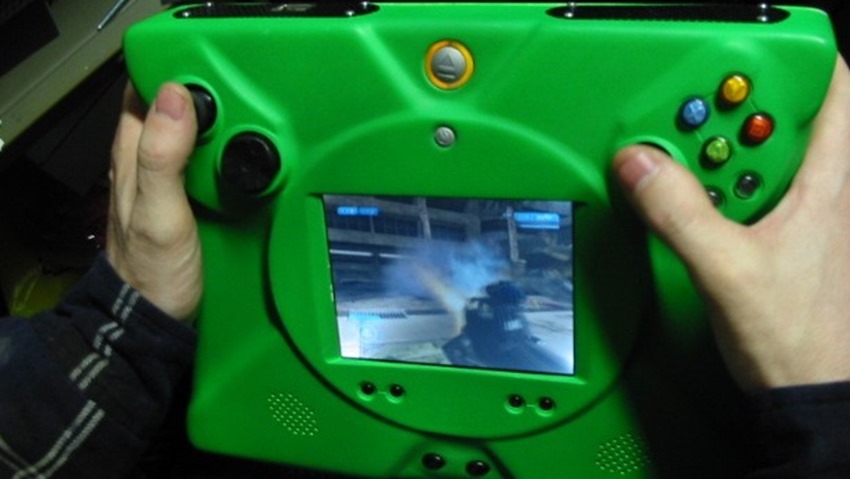 It’s an undisputed fact that when it comes to handheld consoles, Nintendo is king. The Gameboy established an early foothold for the company way back in an age where such devices were powered by a mountain of AA batteries, and its evolution would result in the technology behind those systems being unmatched by anything else on the market.

That doesn’t mean that other big names in gaming haven’t tried to knock Nintendo off of its throne over the decades. Sega’s Game Gear would have been a strong contender if it didn’t eat through batteries like your uncle downing shots at an open bar, the WonderSwan is an underrated classic, and the Tiger Game.com was…actually I’ve got nothing, but here’s its original advert where an angry little dude tried to sell both the console and his god complex:

Sega, Sony, and Nokia, all tried to beat Nintendo at its own game, and failed. So what of Microsoft then? If any company had the time and resources to create a handheld console that could give the Nintendo 3DS or even the Switch a run for its money, it had to be the home of Xbox. Groups within the company were working on a portable Xbox, and every time that a proposal for the system landed on the desk of former head of Xbox Robbie Bach from 2001 to 2010, it was pretty much shot down because the company “just didn’t have the bandwidth” to create it:

During my time at Xbox, there were at least three groups that presented portable Xbox presentations. They always got called Xboy for some reason. Would have been a trademark problem, I’m sure. All three times we decided not to do it.

Microsoft’s gaming resources were all focused on the primary Xbox console at the time, and with even its main competition Sony failing to make a dent in Nintendo’s market dominance with an arguably superior handheld gaming device at the time in the form of the PlayStation Portable, the risk simply wasn’t worth it for the Xbox division. Sony would try one more time to grab a slice of the handheld gaming pie with the PS Vita, but it eventually threw in the towel by 2019.

“I have great respect for Sony and Nintendo for being able to be in both of those marketplaces,” Bach said.

Because everybody says, ‘Ohh [console and portable are] related and there’s a lot of leverage and it’s easy to move from one to the other’. And I think they’re actually, at the time–Switch has changed all of that, I suppose–but at the time they were pretty different. And it would have meant starting up another team. It would have been like starting [a new] Xbox except creating a handheld. And we just didn’t have the bandwidth to do that.

Would a portable Xbox at the time have been cool? Probably! But considering how cutthroat the industry was back then, a third major player in a tightly contested space would have made for a bloody conflict between the three major powers of video games. That’s not to say that Microsoft doesn’t have a handheld console of its own currently. With Project xCloud kicking off cloud gaming on smartphones, Microsoft’s pretty much found a spot in mobile gaming that Nintendo has barely touched, and it didn’t even need to invest in any hardware development to do so.

Nintendo on the other hand, is still very rich, and will likely be reaching obscene levels of cash if rumours of an upgraded Switch console turn out to be true.