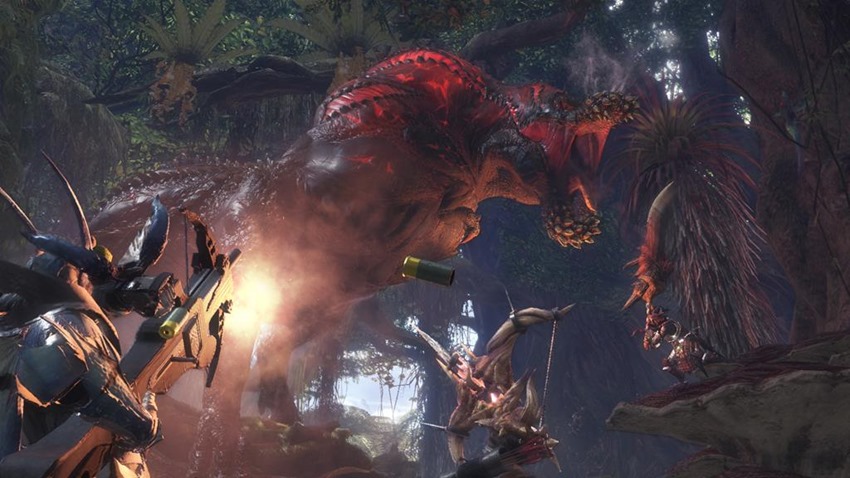 It doesn’t make sense. No single person has enough upper body strength to wield a sword that’s roughly the size of a Honda Miata, and still have enough stamina to remain standing after using it to bludgeon a dragon to death with it. I tell you, I am utterly shocked at how a game set in a rich fantasy world of fantastic beasts and knows where to find them, just ignores the laws of physics so blatantly.

Shocked I say. Clearly, some balancing is required.

While Monster Hunter World won’t include a new tweak that has you seeking medical assistance for tearing your rotator cuffs to shreds after a single hunting expedition with said beefy weaponry, its various weapons will soon be tweaked in an upcoming major update. Even better, the patch will add the Deviljho monster to go along with new weapon designs, allowing players to craft the Vangis α and Vangis β armour from its remains.

Melee weapons will primarily be in the update crosshairs, while Capcom says that online griefing behaviour will also be targeted. If you’re the kind of jerk who gets in the way of your teammate during a carving session, then such behaviour will no longer be tolerated and players can cut away in piece as their actions will now be uninterruptible.

Here’s the full list of cha-cha-changes on the way on March 22: