Home Gaming Move aside Arkham Knight, this is the Batman game that we deserve 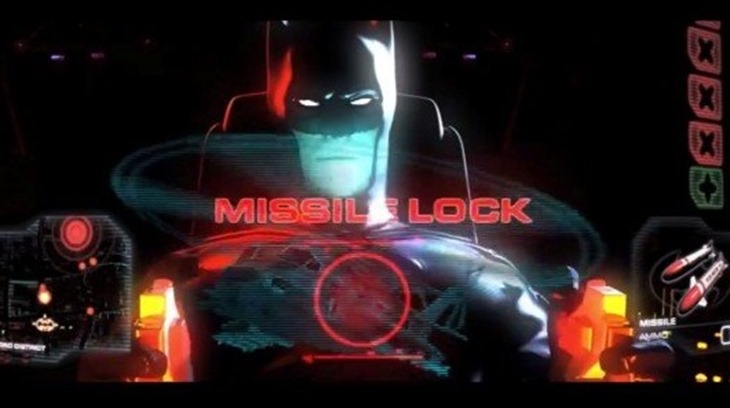 One of the reasons I’ve been slobbering like Homer Simpson over Batman: Arkham Knight, is that you get to drive around in the Batmobile in that game. And that specific incarnation of the Batmobile is fantastic. But what if I told you that a Batman game exists where you can drive all of the previous cars that Batman has pimped out? Because such a game does exist.

I have no idea where this Batman game came from, but what I do know is that it happens to include Batmobiles from the Tim Burton, Joel Schumacher and Christopher Nolan eras. And it is glorious. See for yourself below:

By the way, this is what the actual arcade cabinet for the Batman game looks like, plus details. HHHRRRRRNNNNGGGHHHH: 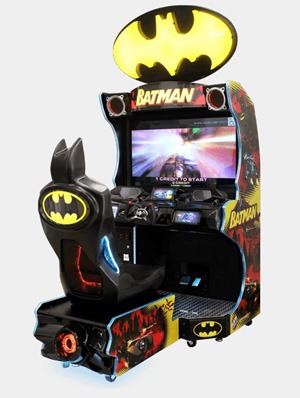 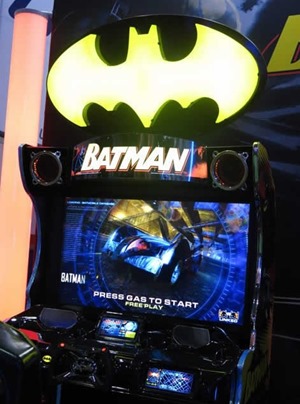 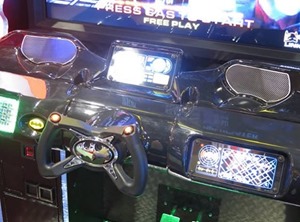 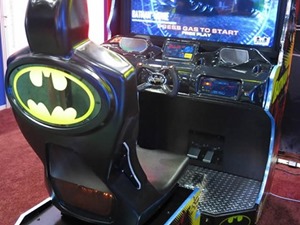 Using the power of maths, I have already devised a formula to either prove why this game is better or the fact that God may actually exist.

If Arkham Knight has one Batmobile (Represented by X), and this Batman game has all of them (represented by pie), then X to the power of pie should equal Michael Keaton. Which in my mind, makes this game roughly 600% better than Batman: Arkham Knight. For reals, this makes perfect sense. There’s only one problem however.

Arcades are a dying species, much like our rhinos and Steve Hofmeyer’s sanity. There’s most likely little to no chance that any of us will ever play this game. Unless we find ourselves in one of those dodgy little truck stop arcades in the East. And that makes me sad, because this looks like a genuinely fun way to spend a couple of Rands.

Here in PE, there’s only one arcade here and it’s used as a makeshift daycare centre for the little bastards belonging to all the irresponsible parents who are busy gambling away in the casino. It also happens to house games that may be older than the written word, and what’s even more amazing is that this arcade cabinets are actually newer than the ones that were present at the old tenpin bowling complex that used to be around before it took a bulldozer to the structural support.

I’m sure other cities around the country also have an arcade or two just waiting for the sweet release of death, as it just isn’t worth the cash these days to import new cabinets.