Home Gaming New Need for Speed Announced. I have a need for some innovation

A new Need for Speed game has been announced and I can’t say that I feel any excitement. I got bored of the Need for Speed series around about the time that Most Wanted came out. I’ll get around to the details of the new game, but before I do, I want to just take a brief look at the NFS series and ponder over where they are headed next.

I was hoping that Most Wanted was going to be the first step in taking the franchise into a new direction. That wasn’t the case. I barely touched Carbon as it bored the hell out of me and just felt like more of the same with a few new useless features that were added in a desperate attempt to milk the franchise. (see: Tony Hawk’s Pro Skater) 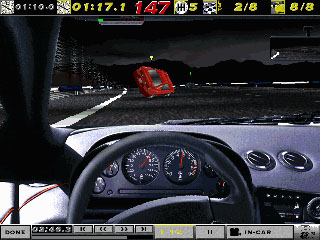 I didn’t bother with Pro Street either because reviews and previews led me to believe that it was just some sort of bog standard racing game. What gets to me the most is that I was a big fan of the series right from the beginning. I will never forget playing the first Need For Speed game well over a decade ago. Need for Speed 2 was a lot of fun and Need for Speed 3 really gave us the thrill of being in a police pursuit, NFS4 was more of the same.

Then NFS Porsche Unleashed arrived. Now, I have never been a fan of Porsches, in fact I loathed them. Strangely enough, my mind changed quickly after getting my hands on Porsche Unleashed for the PC. New graphics, amazing handling and a great campaign as a test driver really shifted things around. I was so impressed.

When I heard that NFS: Hot pursuit 2 was on it’s way I was really excited. Take the great handling from Porsche Unleashed, throw in some Police and a wealth of exotic sports cars and we would have a winner.

What a disappointment. The great handling from NFS:PU was discarded and replaced with a more arcade like system, making the game feel dumbed down and annoying. Where would they go next. 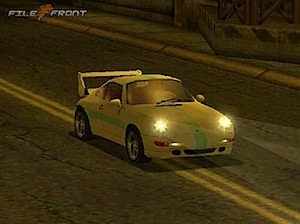 Shortly after the movie, “The Fast and the Furious” was released, interest in tuner street racing spiked as it became the new “hot” thing. EA was quick to pick up on the interest and released an amazing title at exactly the perfect time.

Finally, with Need for Speed: Underground we were able to experience the thrill of a nitrous-oxide enhanced drag race down a long city street, modify our cars and plaster them with decals and vinyls. The timing was perfect.

But then EA did exactly what they had done before. They didn’t innovate, they merely added some features and released a new version of the game. Underground 2, Most Wanted and Carbon are all essentially still altered versions of the original Underground.

Now while Need for Speed Pro Street took a different approach then the previous clones, it was still leaching off the idea of street racing and tuner cars, so I don’t fully feel that they really progressed.

The new and Need for Speed game, said to be titled “Undercover”, that has been announced is apparently looking at having a very similar feel to the Jason Statham movie, The Transporter. Interesting. It’s set for a 2009 release and the platforms it will be appearing have not yet been announced.

Memories of Porsche Unleashed’s driver career are popping back into my head, this might work. It seems like they are looking to give this year’s version of Need for Speed a skip and instead work on something fresh and different.

I can only hope that they do something they have never done before, it seems to be the trend lately as the Tony Hawk franchise is also taking some time off to rejuvenate the series. If you can’t teach an old dog new tricks, but tricks are required, the answer is very simple.

Get a new dog.