Home Gaming Next few weeks will be “incredible” for Star Citizen 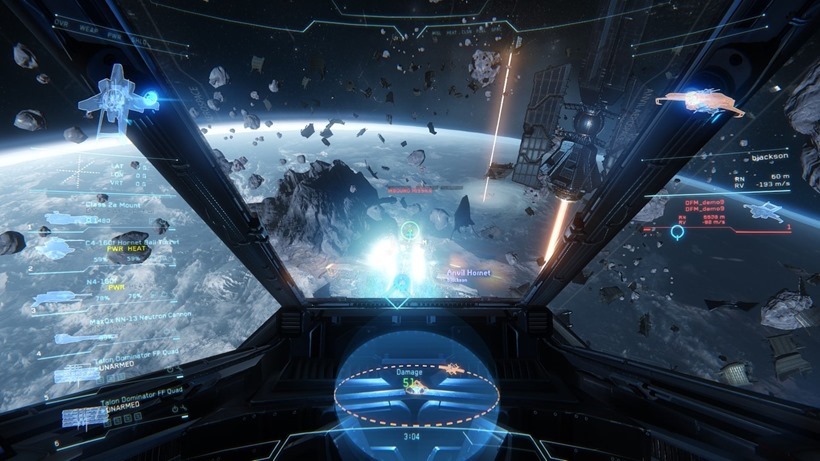 Star Citizen feels like it’s flying through a sun with all the negative heat the crowd-funded game has been getting over the last few weeks. What started off as a delay to the FPS module quickly spiralled out of control, with vocal critic Derek Smart even requesting an FTC investigation into the project. Cloud Imperial Games is firing back though – in really the only way they can.

After having his backing refunded and his access to the Star citizen forums indefinitely put on ice, Derek Smart had more than a few choice words for RSI and Cloud Imperium – including claims that he was banned for no apparent breach of terms of service. Smart, like many other people, was extremely vocal about how the millions of dollars were being spent on the project, and if the entire thing was becoming far too big to ever hope for a proper launch.

Cloud Imperium Games director of community engagement Ben Lesnick understands the value of individual opinions, but thinks that a lot of the criticism for the game is misguided – and, worse still, misinformed.

“Everybody is welcome to their opinion. It’s not just Derek Smart. Ever since the beginning of this people have said it’s too big, they can’t do it, this is impossible. We aim to prove them wrong,”

Moving on to something a little more tangible than words, Lesnick promised that backers would see incredible progress in the coming weeks on the project. That not only acts as a test to see what RSI has been working on, but if the game will actually receive something more substantial than delays.

“We reached out to the community because they are the ones that would understand what a publisher wouldn’t. And I think that stands today. You’re going to see incredible progress in the next few weeks. It’s going to be good. But none of that criticism worries me because it’s not correct.”

Dispelling critics is a bold thing for Cloud Imperium to do, especially given the growing interest in refund support among the thousands of backers the project has. It’s another pitfall of crowd funding games – where backing is very different from a simple pre-order. The development cogs are in motion, so it’s within Cloud Imperium’s best interests to not give back money that could potentially jettison the project well out of financial scope.

But at the same time, they need to start doing something to quell all these fears surrounding the project. These next few weeks are going to be crucial for a game that, so far, hasn’t really proven much yet.