Home Gaming No classes or squads in Star Wars: Battlefront 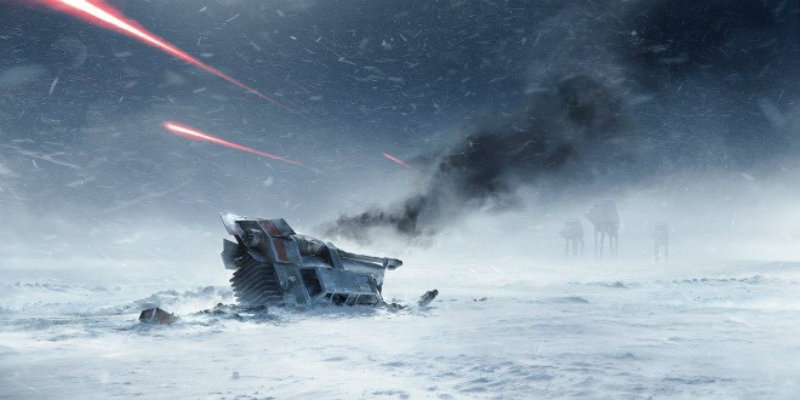 Star Wars: Battlefront is highly anticipated, but many were worried it would be a Star Wars skinned Battlefield. There’re a lot of differences though, and they go way deeper than pure cosmetic or lore characteristics.

GamesRadar cites info from the latest issue of OXM where design director Niklas Fegraeus explained some key differences. First up, rather than having gear tied to specific classes, players can choose whatever load out they like. New gear is unlocked using XP, but it’s the next part that’s particularly appealing.

Instead of five-man groupings, there’s a new partner system. This links two players together so they can see each other on their HUD as well as spawn to each other’s locations for quick movement and regrouping.

They’ll also be able to share whatever they’ve unlocked, so if you’re teamed with a higher level partner, or someone who’s bought a different loadout with their XP, then you can have access to a different set of toys.

This could definitely make for some interesting co-op. Players can cooperate with their upgrades, unlocking two strains of gear and then swapping and sharing with each other. Alternatively, a more experienced player can easily help out new companions by giving them access to higher level gear – plus those new players can enjoy the more advanced missions without being underpowered when helping their higher level friend.

This sounds like a nice change of pace for online shooters and could help players forge fun co-op pairings. I still need to hear a lot more about the game before I’m fully convinced, but thus far I’m well on my way towards being excited for what EA is doing with this installment in the franchise.