Band Hero, Activision’s attempt at making music rhythm games more mainstream eschews the specifically guitar-centric music, focusing more on the pervasive Top-40 tripe that plagues the radio. The latest news to come out of the Band Hero camp is that not only will Taylor Swift be contributingÂ  her music to the game – Such ditties as â€œLove Story,”Â  “You Belong With Me” and “Picture to Burn” – she’ll also be lending her digital likeness.

Who the hell is Taylor Swift? I honestly haven’t the slightest idea, but according to Activision the lass sold more albums than any other recording artist in 2008 and her album Fearless hit double-platinum status four weeks after its debut. Over the course of her expansive music career, the 19-year-old singer-songwriter has sold over 7.75 million albums.

So she’s rich, cute, probably quite talented and 19? Welcome to my spank-tank, Taylor Swift. 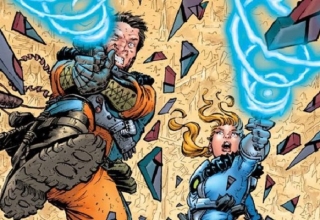