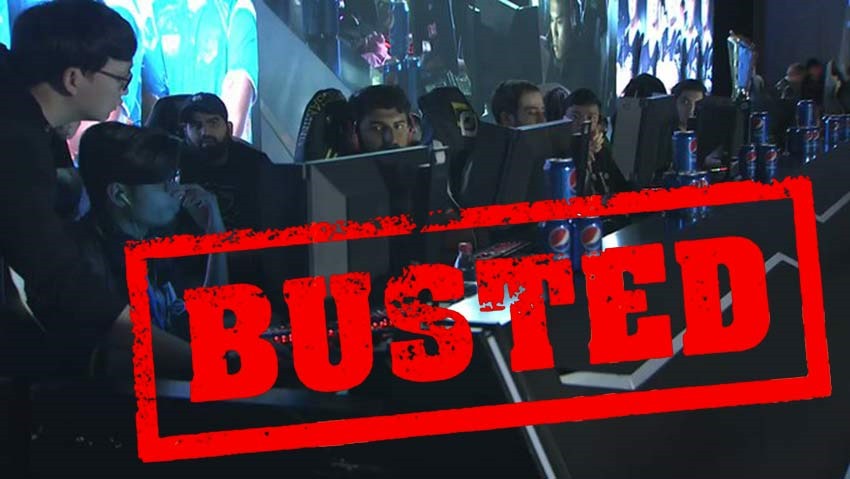 Nobody likes a cheater, whether it be people gaming online competitions to win a prize or athletes smuggling in bags of urine so that they can hide the fact that they’ve got more steroids inside of them than an early 1990s WWF performer (The wrestler, not the panda). Cheaters in video games are the worst of the lot, people who make regular use of all manner of exploits and hacks to ensure that they remain the top dog in any online competition.

At the very top of that totem pole of excrement, cheaters in esports stand out as the very worst that the industry has to offer. In the esports scene, the pressure to achieve victory in a massively competitive industry can often lead to players engaging in risky behaviour to clutch that all-important match and the kudos that it brings with it.

Take OpTic India player Nikhil “Forsaken” Kumawat, who was busted over the weekend after his hand was caught in the Counter-Strike cookie jar. Busted mid-match, Kumawat was caught using an aimbot program to earn kills when his team faced off against Vietnamese team Revolution at the Extremeland Zowie Asia tournament in Shanghai.

Clearly noticing that something was not right during the match, officials pounced on Kumawat’s PC, catching the challenger as he was attempting to delete the file from his PC:

The exact moment when admins at #eXTREMESLAND2018 caught forsaken and he attempted to delete the hack pic.twitter.com/rZG7aYBdbD

The fallout was not pretty. Kumawat was of course dumped from the team immediately, but the damage had already been done. According to Dotesports, OpTic India was booted from the event, while parent body OpTic Gaming drew a zero tolerance policy and dropped the entire team right then and there. As for Kumawat, it looks like his days as  CS: GO player are well and truly over, as after a six-month ban in 2017 after he was caught cheating, officials are looking to give him a lifetime ban from the esport.