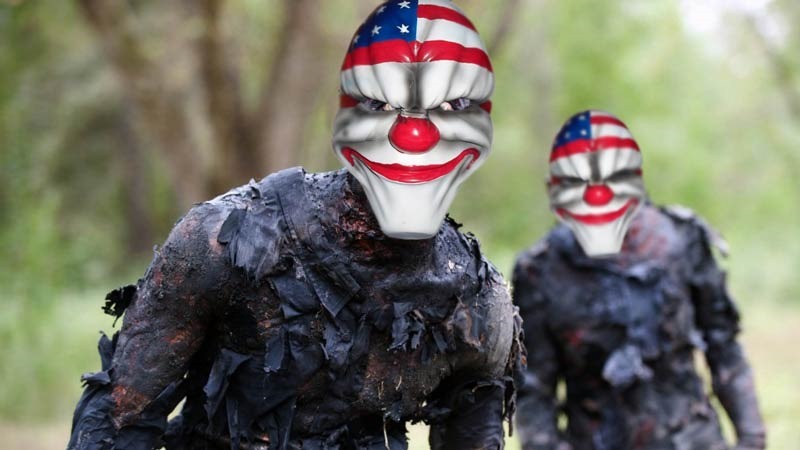 You love it on TV. You’ve realised that the original comic book source material is far better (which I have a hard time convincing Gavin of) and you’ve played the game which most likely set your heart beating like a dubstep track when you had to make some tough choices. Well, prepare for even more Walking Dead action when a new game arrives to take that license for a spin. Payday developer Overkill are currently working on the latest Walking Dead game, and it looks like that particular game will share plenty of influence with their previous bank-robbing shenanigans.

“I can say that it will be Payday-esque because [Starbreeze and Overkill] are currently doing Payday,” Walking Dead creator Robert Kirkman said at a SXSW panel via Polygon.

But I’m told it will be in a bigger world than Payday currently encompasses. They are going to be learning a lot of stuff from Payday that they will be incorporating into The Walking Dead game. There will be announcements about that game very soon.

Announced back in August last year, precious little footage of this Walking Dead game has been seen. But according to Kirkman, Overkill’s zombie-slaying game will be looking to cult hit Skybound as inspiration, as that game took an existing property and created a great game that succeeded because it wasn’t a marketing tool. “One thing that we are doing, which I think is very cool about the Telltale game and the Starbreeze game and Air game is that they are all licensed games, and licensed games are usually somewhat crappy, but thankfully our’s aren’t,” Kirkman said as he had clearly blocked out the memory of The Walking Dead: Survival Instinct.

With most licensed games, the company looks at it as a marketing tool and not a game, and the release date is set in stone. The marketing for the game is marketing for the thing, and the game is supposed to build brand awareness. So those release dates are set in stone. Most licensed games have some lackluster element to them because it’s like, ‘You have to hit this date, sorry’. “We’ll just push things back and make it good.

With Starbreeze handling the development of this game, Kirkman feels that it’s a safe bet that online and co-operative play will have a strong presence here. “I think it is pretty safe to say that the Starbreeze game will be online and interactive,” Kirkman said.

It is [safe to say] and it is [online] and i just said it. Payday is an online cooperative game correct? Yes. So it will be it will follow a similar approach. That’s good news.

I agree. After all, this might finally be the Left 4 Dead 3 game that fans have been anxiously waiting for, for quite a while now.

Long since hailed as the best damn superhero comic book around, Invincible is more than th…