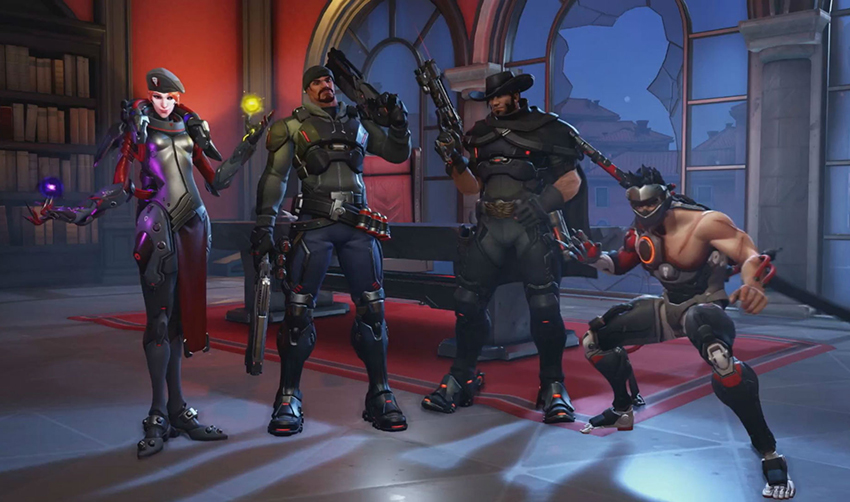 Retribution, the latest annual event for popular multiplayer shooter Overwatch, went live last night. Weighing in at up to 21 GB in size on PS4, it would be understandable if most of you didn’t get any gaming done but instead let it download overnight. But what is waiting for you once you eventually get to log in today?

As was revealed recently, Retribution will be another PVE event like last year’s popular Uprising, and in fact, is now being dubbed as the second chapter of Overwatch Archives – annual events that will be dipping into the history of the Overwatch universe. For those players who missed it, Uprising will return this year and see you play as Reinhardt, Mercy, Torbjorn and Tracer – the latter on her very first mission for the Overwatch team – as you try to quell an Omnic uprising in King’s Row. The new Retribution event is set a year before Uprising though (so nine years ago) and deals with a mission orchestrated by Blackwatch. The controversial covert ops unit of Overwatch consisted of team leader Gabriel Reyes (before he would defect and adopt the Reaper persona), McCree, Moira and Genji, all of whom needed to travel to Venice, Italy to capture and extract a high-ranking member of shadowy organization Talon.

In a recent Q&A with Overwatch game director Jeff Kaplan, it was revealed that this Talon boss, named Antonio, has so many diplomatic ties that Overwatch are unable to extract him without causing an international incident, which is where Blackwatch – still unknown to the public at this time – comes in to nab him on the sly. Kaplan didn’t want to give away any story surprises but revealed that players will get treated to an in-game opening cinematic which sets up the history of this mission, and upon completion will get a second cinematic to further the story along.

Now Talon is a name we’ve heard ever since Overwatch first debuted. Several members of the game’s hero roster actually find themselves in its ranks, including Widowmaker, Doomfist, Sombra, and, of course, Reaper. However, the Talon of today is very different to the Talon at the time of Retribution, and now we finally get to see them in action properly as it was revealed that Talon will be boasting new elite class AI-controlled enemies alongside the more generic Trooper and Enforcer. As Kaplan explained, these special class units – the Assassin, the Sniper, and the Heavy Assault – “all sort of evoke different gameplay from you when you run into them”. He addressed some criticism that fans had that these may be reskinned versions of existing heroes but clarified that “these are brand new units. Every single aspect… brand new art, brand new AI.” 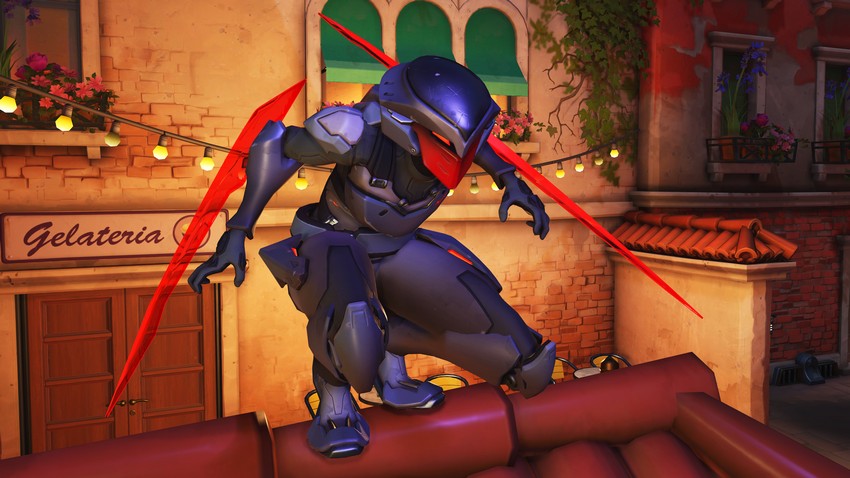 Kaplan went on to share more details about these units, revealing that when the Assassin appears on screen, the heroes will actually comment on her appearance via voiceover. And you really do need that warning as she can perch on walls and bounce wall-to-wall all around the environment very quickly. According to Kaplan, “a really talented marksman” will be able to take her out before the group is under any threat, but miss that opportunity and she will actually start to hunt down a single member of your team relentlessly.

When she catches her target she will pin that hero to the ground and do a lot of damage “and if your team is all spread out, some of you will be really in trouble if the Assassin is there and nobody is there to help them.” According to Kaplan, if you’re playing in the returning All Heroes mode (which allows you to select any heroes for the mission and not just the four Blackwatch ones) then the entire squad huddling close to a Torbjorn turret or a nest of Symmetra turrets are a very good idea to survive her. 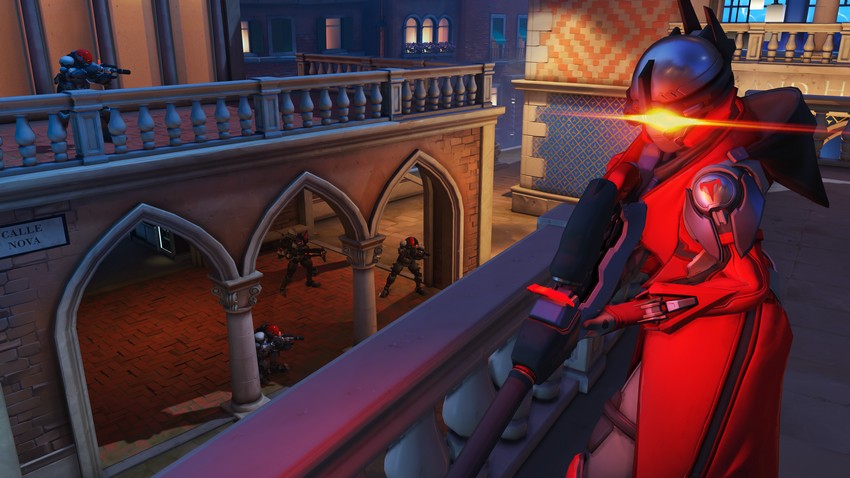 The Sniper will take a different tactic as you will know where she is at all times thanks to a very visible aiming laser she uses to find a target. However, once you start attacking her, don’t expect her to remain there as she can grapple away like Widowmaker to set up shop in some other hard to reach locations on the map. This mobility she has will force heroes to choose whether they want to use their abilities – like Gabriel Reyes’ teleport – to chase after her or risk leaving her at their flanks.

Conversely, the Heavy Assault is a dual-machinegun wielding tank who Kaplan advises “don’t get in front of him, at all. He’s just deadly”. He did go on to reveal that while it “takes the full squad to really focus [the Heavy Assault] down” the “devastating” new unit is “slower moving so you can kind of get around him” but you “take them very, very seriously”. 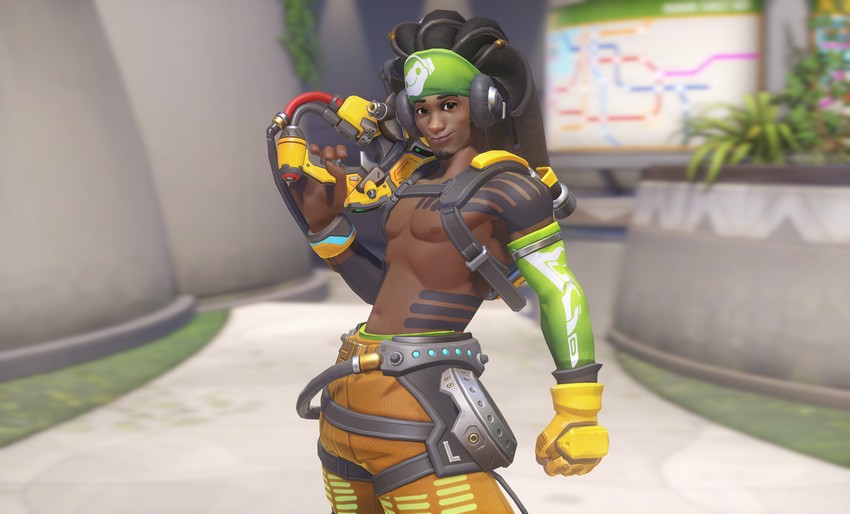 Retribution, like all Overwatch events, will also boast new cosmetic unlockables in loot boxes including brand new skins for some characters which Kaplan says “they fit the themes of Archives as they show the characters historically. Highlights include Lucio who actually gets a skin based on the original concept for the character before he got finalized for the game and which was only revealed in an artbook that was published last year. After the publication of that artbook so many fans asked about it, that Blizzard decided to include the skin here, complete with his pulsing equalizer bar legs!

We also get to see a young Doomfist when he was still in his Talon prime, Mei in pyjamas from her own animated origin story short film Rise and Shine (yes, it’s been confirmed that’s tea in her cryo-canister), businessman Hanzo, and a very unique skin for Reaper. Reaper has had his “Gabriel Reyes” Blackwatch skin since the game’s launch, and that’s the skin you play him in during the Retribution event. However, Blizzard has included a “Soldier 24” skin from when he was even younger, before he had joined Overwatch/Blackwatch, and was still part of the super-soldier program with Jack Morrison, who would eventually become Overwatch commander Soldier 76. 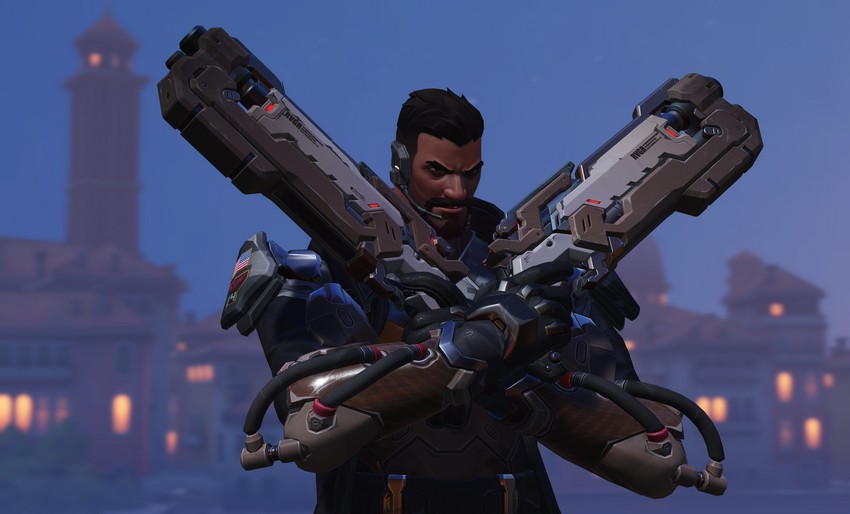 As has been previously reported, Rialto, the Venetian map upon which Retribution takes place, is being slotted into the normal game as a payload map. In Retribution, Rialto will be a nighttime map but approximately a week after the start of the event, a special daytime version of the map will be made available on the PTR servers on PC for testing. This will then get pushed out to the live version of the game a few weeks later if Blizzard is happy with how it plays.

With its multi-sectioned mission objectives and necessary teamwork, Uprising was many Overwatch players’ favourite event last year and Retribution looks set to continue that trend. And it’s not just the players as Kaplan revealed that many members of the team worked on previous Blizzard games like World of Warcraft, Starcraft, etc, and so when it comes to PVE gameplay they “have a passion for it and think it’s fun”. As such, the team actually started work on Retribution “almost immediately” after the conclusion of Uprising, and used the lessons learned on the first event to help shape this one. There have been some technical challenges though, as the proprietary engine used to build Overwatch – TANK – is not designed to make PVE, which meant they had to “[build] a lot of core technology, tools and doing a lot of optimization to allow us to do more PVE stuff”.

Personally, I can’t wait to get stuck into more PVE stuff myself! Retribution is live right now on PC, PS4 and Xbox and the event runs through to 30th April!