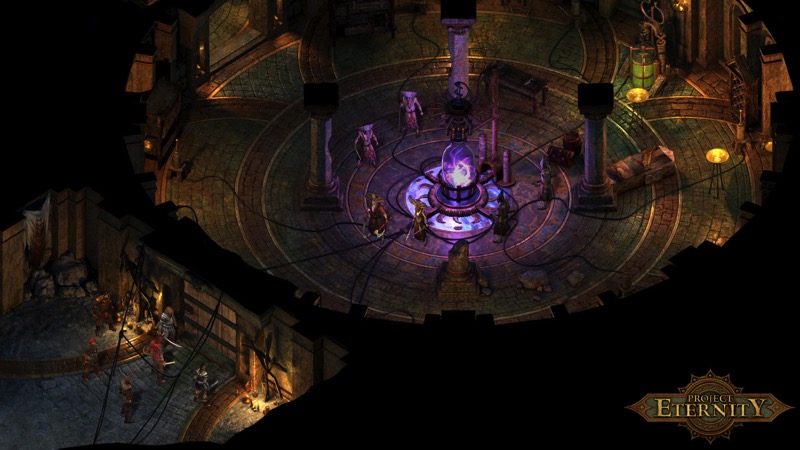 Pillars of Eternity is one of the more anticipated Kickstarter games. Promising branching story-telling, character development, a huge world to explore and deep combat, it may well be the RPG everyone has been waiting for. After getting delayed at the end of last year, I worried it might be descending into development hell. But I was wrong and the game is releasing so very soon.

Obsidian sent a press release to people who are on their list to inform them that the RPG has hit “Gold Master” status. The game is scheduled to hit PC, Mac and Linux on 26 March, and if it’s gone gold that I suppose we can actually expect it to launch on that date. Going gold doesn’t mean quite what it used to as we can usually expect day one patches, but at least we know the game is completed and ready to launch.

If you still want to get in on the backer editions, you can actually still support the game over here. I’m glad that they’ve kept the option available for people who wanted to know that the game was really and truly coming before giving up their hard earned cash. As is now usual, pre-ordering the game will get you some extra in-game items.

The team is already working on a major expansion for the game, as well as planning for a sequel. The game is looking great and I might actually let myself get excited for it. The game has a massive scope, but it also has an excellent team behind it. This could be exactly the kind of game I’m looking for, and the kind of success story that Kickstarter could always use.