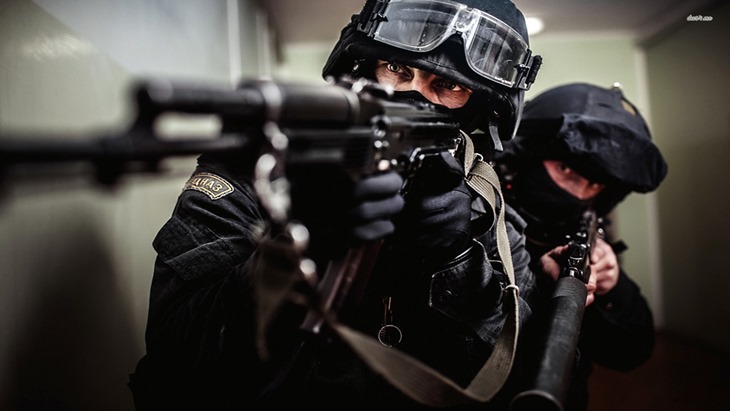 We all know Counter-Strike, the game where you have a team who needs to plant a bomb, and the team that has to prevent it from happening. Imagine being Jordan “n0thingTV” Gilbert, doing a perfectly ordinary Counter-Strike stream on Twitch, but during your stream, the police arrive looking for a bomb. OH THE IRONY!

What happened is something known as swatting, where somebody calls an emergency service and provides a false report, getting them dispatched and headed to the scene of the “emergency”. Essentially, its just one giant and stupid hoax. Somebody phoned in a fake bomb-threat to the police, resulting in Jordan receiving some surprise visitors.

Can you imagine the nightmare he may have had if he had sound coming out of his speakers instead of his headphones? As soon as the police enter the room, one of the people he is playing with says, “where’s the bomb?” That would have proved to be interesting indeed, a real tough situation to diffuse.

If you’d care to watch the original video, he leaves the room at around 01:39:00, with the police walking in at around 01:46:00. He only returns to his PC at 01:56:00. He then calmly explains what happened, and says that he doesn’t want the situation to be blown out of proportion. Nothing quite like a surprise 15 minute visit from the police, eh? Its quite amusing hearing his teammates rage about how his AFK behaviour is typical of him. Little did they know that he was diffusing a real life bomb, making him the real MVP of the day.

Honestly though, what would possess somebody to phone in and pull a stunt like this?