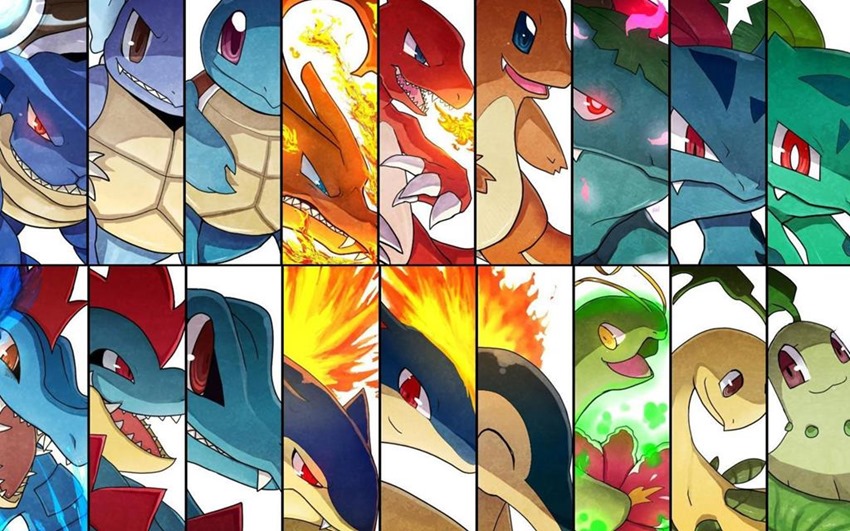 With more than twenty years in the bag, the Pokémon franchise is stronger than ever. Each new generation isn’t just a reason to jump back into a world of pocket monster hunting in a vibrant new world…it’s a cause for celebration. Proper Pokémon generations only roll around once every few years, introducing new critters to the menagerie and exploring new ideas within the core gameplay structure.

Between releases? You can usually expect a few spin-offs and sequels along the way. It’s those generational games which fans stick around for however. The thrill of encountering the unknown, catching the little bastards and holding the power of creatures which can reshape the entire universe in your very hands.

Great stuff. While all Pokémon games are great, they aren’t all equal however. If you had to line up those games according to said greatness, you’d probably have a list like the one I have below. Which I do. Convenient. Quick note: I’m only counting the proper generation-introducing games and their traditional GOTY versions. That means no sequels or remakes. So let’s start at the bottom of a list of greatness with: 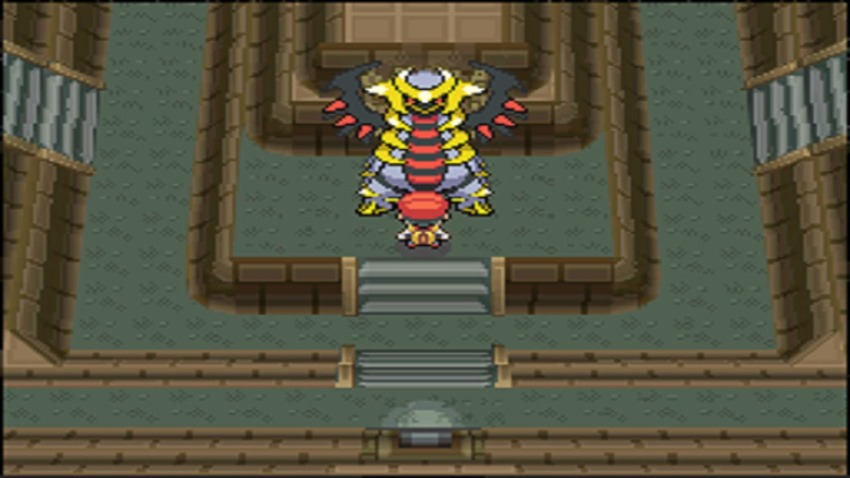 By the time that Pokémon Diamond and Pearl rolled around, everyone knew exactly how a Pokémon game worked. You chose a starter ‘mon, you adventured in a brave new frontier collecting gym badges along the way and you eventually reached the pinnacle of this bloodsport by becoming the Pokémon league champion. Simple, easy stuff.

And also possibly Diamond/Pearl’s greatest weakness. For all its enhanced visuals on the Nintendo DS at the time, nifty touchscreen controls and a hundred new pocket monsters to pursue, Diamond and Pearl felt like the Pokémon series was going through the motions. It felt tired, stale and in need of a max revive to help it escape that drudgery.

It’s not a bad game by any stretch of the imagination, but it’s a boring one for veterans. At least Diamond and Pearl had a pair of killer dragon legendaries gracing its covers. 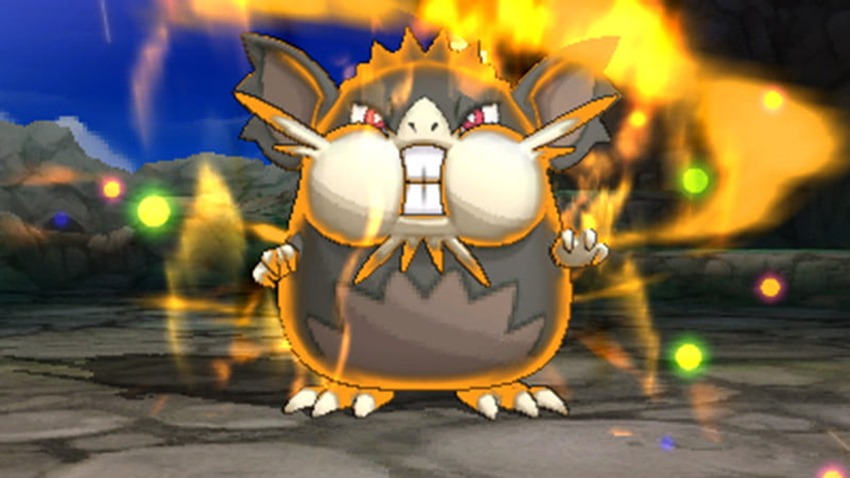 Let me preface this quick: Pokémon Sun and Moon is fantastic stuff…if you’ve never played a Pokémon game before. A revolutionary upheaval in the tried and tested overarching gameplay path of many a Pokémon game, it’s the exact opposite of Diamond and Pearl. It’s also the kind of game that holds your hand as if it were Robocop wanting to romantically arrest you, nary letting go to allow you to truly explore the world around you until the end credits have rolled many many hours later.

For veterans wanting a change, Sun and Moon can be an annoying alternative to the usual gym grind. It’s a game designed to lure in a new audience, but it doesn’t fully trust them and allow fans to experience the joy of being lost. It’s Pokémon with many quality of life improvements and the delightfully strange Ultra-Beasts to battle, but Sun and Moon can sometimes feel like it plays with these ideas in the safest way possible.

Not that there’s anything wrong with that, but it made for a game that felt like it was constantly watching you, just in case you fell and needed a kiss on your boo-boo. 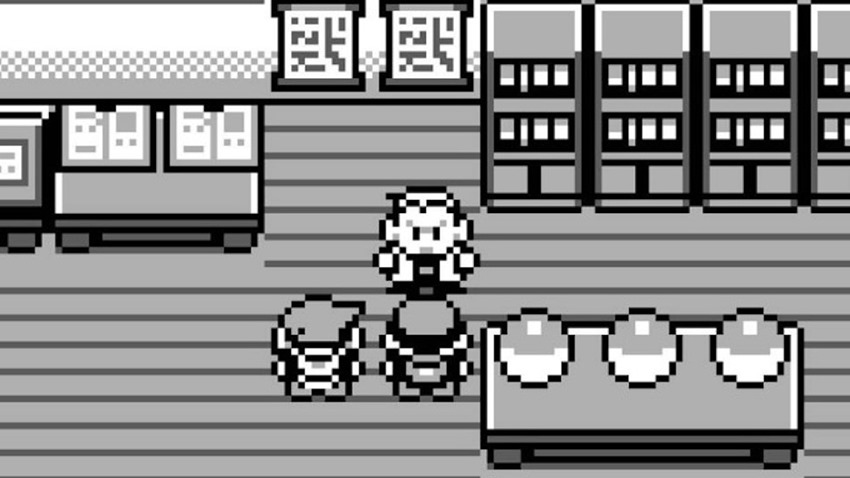 Now we’re getting to the really good stuff. It may be older than mankind’s original sin, but Pokémon Red and Blue is still a masterclass in tight level design and creating a sandbox within which to apply those ideas of catching ‘em all. Still incredibly playable even in its debut form, Pokémon Red and Blue is a tapestry of genius.

It may be rougher than a toilet roll filled with sandpaper in comparison to later games, but Red and Blue is still a risky gamble realised in an incredible achievement. It speaks volumes that the foundation that this game poured, still stands strong today. Multiple Pokémon games were built on top of it, and it shows nary a sign of a crack even two decades later. 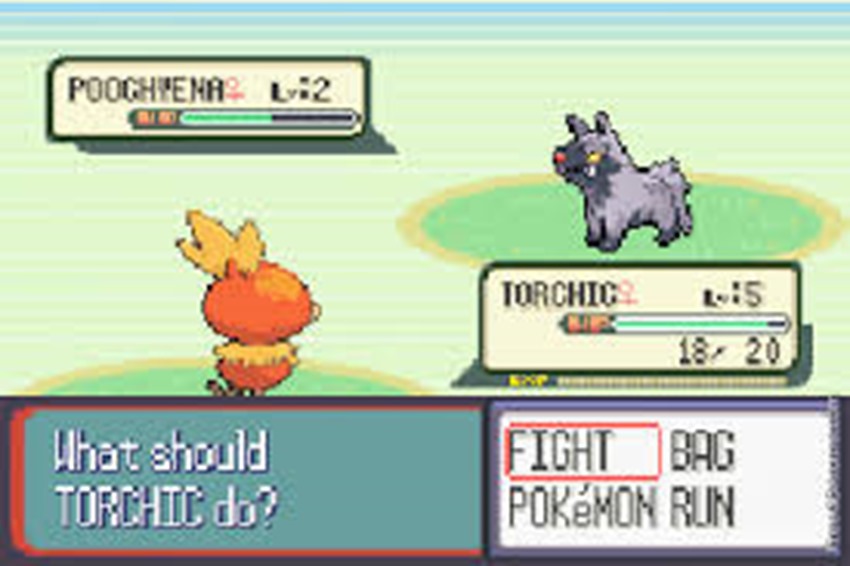 Out of all the games on this list, Pokémon’s third generation may just be my favourite. While it didn’t stray too far from the template set forth by the previous two generations, it was (what was to become a franchise regular) breath of fresh air visually. Ruby and Sapphire made full use of the GameBoy Advance software to deliver one of the finest and most colourful games in the series, while building upon it with new ideas that would feel right at home with veterans and newcomers.

It’s also home to some of my favourite pocket monster designs, delivering iconic creations such as the sky dragon Rayquaze, the adorable Zangoose and the hilarious Carvahna. Pokémon’s third generation was another masterpiece, that knew just when to rock the boat and when to leave players to their own devices in a world that felt inviting and always encouraged you to stray off of the beaten path.

Like a pair of well-worn jeans, the Ruby and Sapphire generation was Pokémon at its most comfortable. 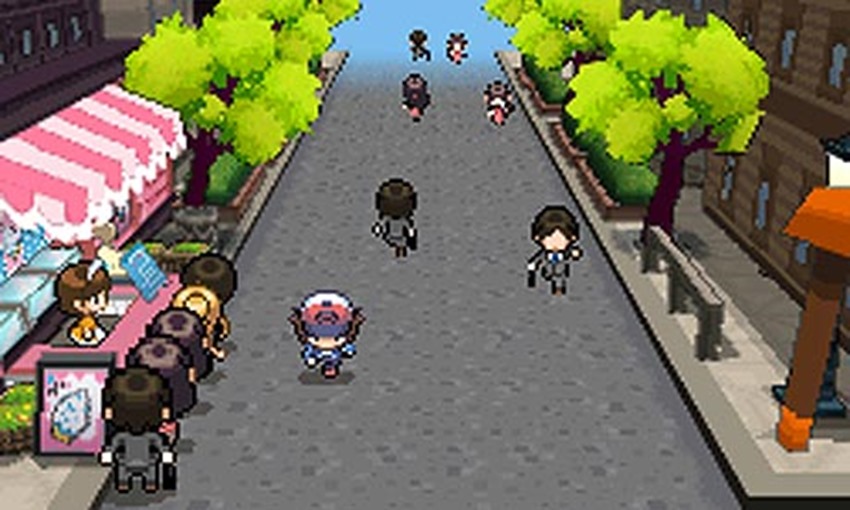 If there’s one thing that has always been lacking in Pokémon games, it’s a story that you’d actually find yourself emotionally invested in. Pokémon Black and White, was the franchise entry that proved that a series about capturing and battling pocket monsters could have a heart. On paper, it was as typical as any other game in the franchise. You were still on an adventure, you were still proving your worth at gyms and the years between core releases had resulted in another significant visual upgrade.

For a game focused on the absence and the combination of all colours under the sun however, Black and White sure had a lot of grey strokes painted into its narrative. It wanted to ask players why they felt compelled to journey across the land and chuck balls at ‘mons. It wanted to know what drove them, what made them obsess with being the best that there ever was.

Heavy stuff for a kid, but truly solid material for an adult to realise when they were deep into their journey. Throw in some sublime wi-fi trading that raised the bar, a soundtrack that beamed out killer chiptunes and the introduction of seasons to the mix and you had the complete Pokémon package here. Only this time, it’d leave you thinking long after its story had concluded. 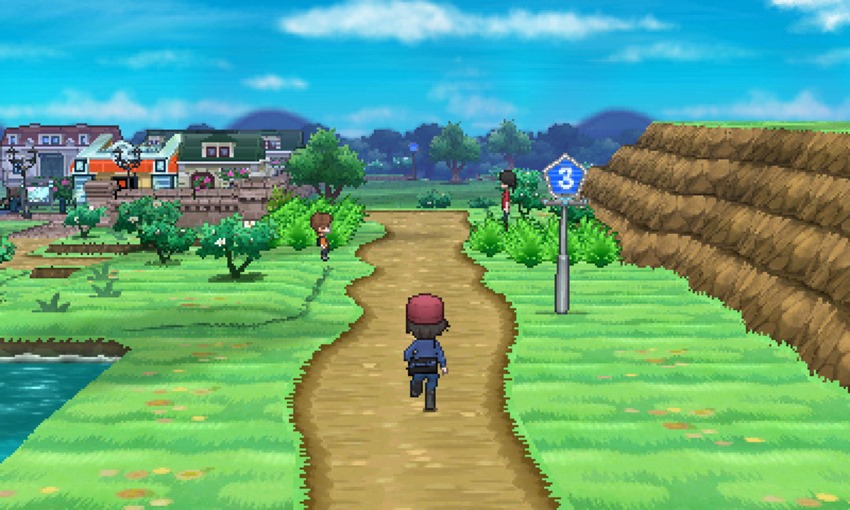 Pokémon Sun and Moon may be flawed in its approach to grabbing a new generation, but the X and Y generation is that need to invest in new audiences, perfectly balanced. While its funky 3D visuals were a revolution at the time thanks to the 3DS hardware, X and Y was also Pokémon attempting to grow into something bigger, without losing sight of where it had come from.

In the end, that created something…special. X and Y nailed the perfect blend of accessibility and offering something new for experienced trainers. It was bold and colourful, filled with some of the most imaginative new creatures yet seen in a core title. It was fitting that with Unova being directly influenced by the French countryside, that X and Y had a joi de vive to its adventure, resulting in a game that had moved on from the sombre lessons of the previous generation and wanted to remind players that Pokémon were friends first and insanely-overpowered battle monsters second.

With the 3DS also having Wi-Fi chops that made it a powerhouse, X and Y resulted in the most connected Pokémon experience to date. Players were able to explore a wider world around them, trading and befriending one another with a gameplay system that was custom-built to encourage interactions. Truly, X and Y is the friendliest Pokémon game ever made. 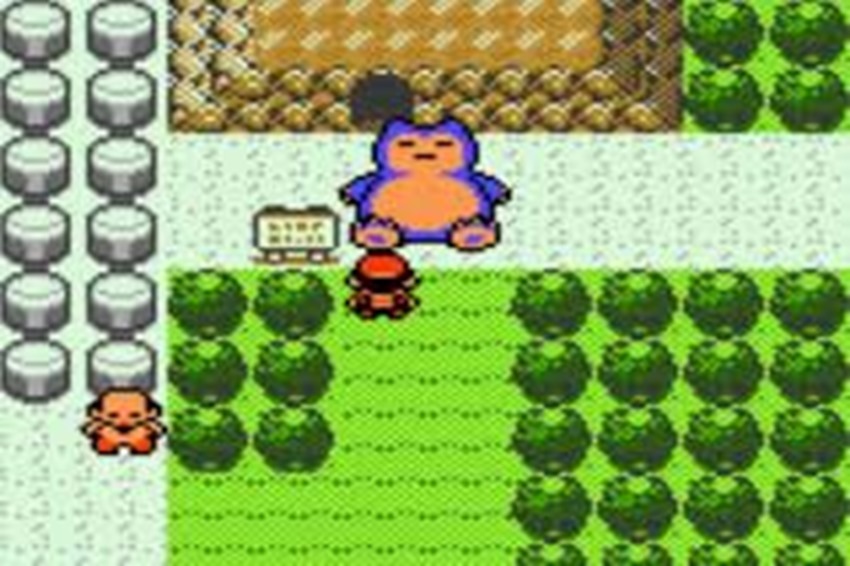 If Pokémon Red and Blue dug the foundation for the franchise, then Gold and Silver was the concrete foundation that was poured in. Gold and Silver took the core ideas of Pokémon, and polished it to a mirror-sheen while chucking in several of its own thoughts. It’s simply the best for a wide variety of reasons: The underrated Pokémon Gear system, the day/night cycle, the breeding of new critters and an art design that wouldn’t feel out of place in today’s nostalgic industry.

Pokémon Crystal may just be the sum total of these ideas, turned up to 11. That extra flicker of animation, general quality of life improvements and a more mystical storyline that actually felt like a proper narrative that pushed you to explore instead of pointing you at a ‘mon that just so happened to have a convenient advantage over any nearby gym leader.

Unless it was Whitney’s Miltank, because f*** that Rollout-spamming bastard. Still infinitely playable and enjoyable, the second generation of Pokémon is the franchise at its very best.