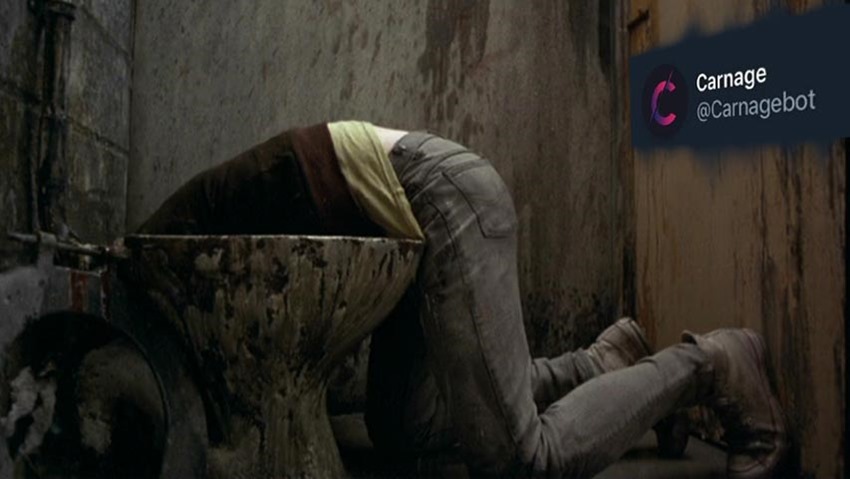 Welcome to hell! Please take a seat right here next to the Jeepers Peepers serial killer who ran around with the eyeballs of his victims as cops chased after him, the inventor of the sitcom laugh track, and that one guy who shared spoilers of The Mandalorian season 2 online. Your crime that earned you eternal damnation? You know pretty well that you shouldn’t have tried to make a quick buck off of PS5 consoles with your legion of bots that grabbed all available sales.

Now prepare to suffer, as you spend your afterlife walking through an endless series of doorways but your T-shirt gets caught on every single door handle.

Am I overreacting? Possibly, but for those people who have $500 in one hand and hope in the other, every chance to grab a PS5 usually requires them to become a conduit to the Speed Force just so that they can obtain one of the rare Sony consoles whenever stock is replenished. The problem isn’t just people using bots, but rather that these scalpers are incredibly organised and efficient thanks to software that helps them scoop up all available stock.

Here’s a recent story for you regarding the scumbags via The Gamer, as one UK-based group known as Carnage took to social media to show off that it had grabbed 2000 new PS5 consoles from retailer GAME. Carnage decided to gloat about this, caught the attention of many pissed off consumers and now GAME is investigating the mass purchases. These sales are likely to be cancelled, and Carnage’s social account has gone into private mode following the online brouhaha.

Carnage isn’t the only game in town though, although retailers appear to be more on the ball lately when instances of scalpers using bots to get an unfair advantage have been brought to their attention. Recently, CrepChiefNotify got rumbled when it announced that it had secured thousands of PS5 preorders last year, leading to a more vigilant crackdown on this sort of behavior.

For those people who have been able to grab the PS5 or Xbox Series X, they’ve been one of the lucky few million to do so. For everyone else? It’s off to the secondhand market, and a quick round of highway robbery for the clearest case of how supply and demand work in a capitalist society that has been turned up to 11.